Steven Malk - What to Expect When You're Expecting: An Agent's Guide from Query Letter to Published Book 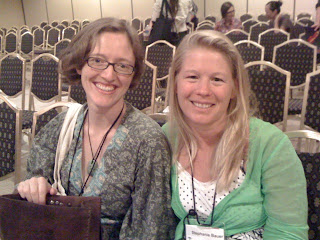 Workshop attendees and HALF of the Oregon contingent,
Amy Baskin (L) and Stephanie Bauer (R)
Steven urged the packed room to stop looking at their Amazon rankings.
Steven believes (and he says this is the Californian coming out in him) that the more you're out there putting good things into the world the more good things will come back to you.
In the children's book world, a great example of this is bookstore visits/author tours. It may not seem a success at the time and it is true they are lots of hard work, but the point of a tour or store visit isn't always immediate sales. Steven believes the power of a book tour is not quantifiable and hopes authors and illustrators will make the effort to be nice to everyone they meet on a tour. Because you never know, the dorky kid behind the counter may turn into tomorrow's power agent.
He asked everyone in the room to please read DEAR GENIUS if they haven't already. 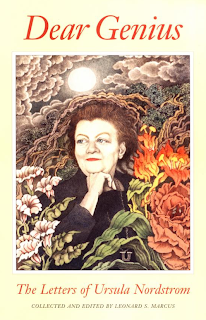 Steven shared a few anecdotes -- Nikki McClure and Cynthia Rylant's book ALL IN A DAY was rejected by quite a few places and one complaint was that it looked like 'something they'd sell at Whole Foods,' and Steven wondered what on earth was wrong with having a book that appeals to people with as much disposable income as Whole Foods shoppers?

Steven mentioned that client Chris Rylander, who was in the room, had sent Steven a novel for adults (a no no) BUT Chris had also included the funniest query letter Steven had ever read. Steven let Chris know that he had no idea why he sent the adult book, but if Chris ever wrote anything for kids as funny as that query letter he'd be interested.

Someone then asked what happens to your manuscript after it has been requested by Steven and Steven said it is sent to a machine/room a lot like this: 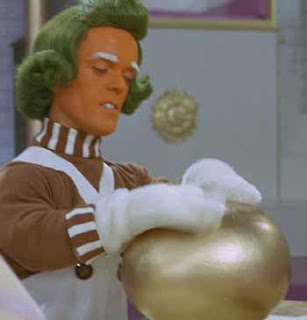 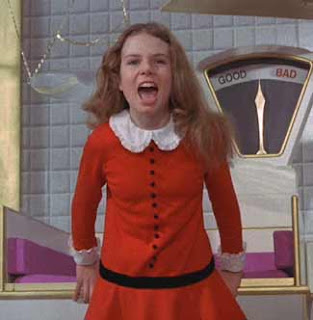 POSTED BY JAIME TEMAIRIK
Posted by SCBWI at 2:10 PM