Sara Shepard: Scandals, Lies, and Murders: How to Maintain Momentum in a Series

Sara Shepard is the author behind the wildly successful PRETTY LITTLE LIARS--a fourteen book series--and THE LYING GAME. Her keynote focuses on the tips and rules she follows to keep her series fresh. 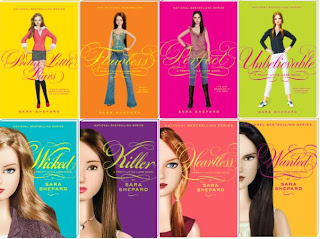 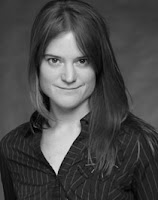 A few of her rules:
-Always know who the murderer is from the start
-Always incorporate the red herring
-You have to be willing to change


Sara spoke about how some of her ideas came about, how she got in the business, and where she plans to go with the series. Back when first starting out, Sara was a ghost writer--learning the craft from working on tight deadlines and being professionally edited.

Sara writes very detailed outlines to to keep on track. PRETTY LITTLE LIARS publishes about every six months, so she feels the outlines help with the tension, among other things. But then some of her ideas show up while she's writing. Sara tells the audience some of the things that she finds interesting about her characters, and how to create that interest in your own series.

It was fun to hear her thoughts on her books being adapted into the popular TV series. And then we were all treated to a few spoilers for PRETTY LITTLE LIARS!!