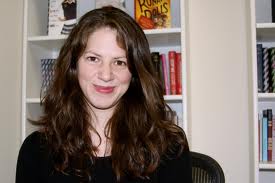 Ari had members from the packed audience read the openings from books like THE GOLDEN COMPASS and ARTEMIS FOWL. Using the examples, she pointed out why they worked so well. It was an informative list of dos and don’ts.

So what are some of Ari’s dos?

Number one, characterization. You have to make the reader care so that they’re willing to go on this journey. She gave the audience tips on how to achieve this, and pens were furiously scribbling down her suggestions.
One of her major don’ts is over explanation in the beginning of the book. Show us the world. Don’t tell us. We learn so much about characters from how they interact, what they say. Find the right way to work in the world building, otherwise the reader won’t be invested. 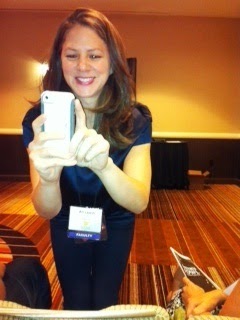 She ended with a great Q&A session, leaving the audience with inspiration to use on their own fantasy novels. For me, her best advice was to be genuine—your fantasy should be transparent and honest.  And she also introduced me to instagram which I will start using non-stop.
Posted by Suzanne Young at 12:48 PM