How Neal Got In the Business: "The first part of my career was in library marketing before I gradually moved into editorial which is where I wanted to be to begin with... About ten years ago we started Roaring Brook Press as an independent house as a response to corporate publishing..." 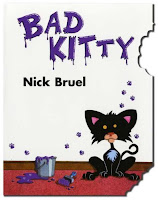 
The Neal Porter Flavor: "I'm the go to for the not-obvious book."

Neal says he publishes in the much beleaguered world of picture books. Neal and his imprint are "proof positive you can publish a really good, solid quiet picture book" in today's market and still be a commercial success. 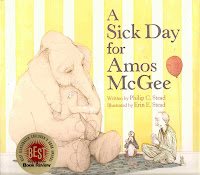 What Neal's Looking For: "I'm looking for books that seduce me." 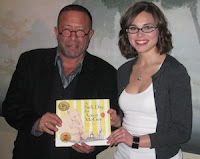 Lin asks about voice, how does Neal define it or can he give us an example?

Neal: "Prudence Wants A Pet by Cathleen Daly possesses this you-know-it-when-you-see-it quality." Neal relates the plot of Prudence which has the audience awwing and snorting. When he read the manuscript for it he said to himself, "I can't not do this book." Cathleen also wrote a novel he highly recommends and both books are examples of a new, fresh voice that appeal to Neal.

Lin asks about favorite attributes of the creative people they work with:

Neal: "I was a really weird kid, I didn't want to be a policeman or a fireman when I grew up, I wanted to be a drama critic... But I did do that when I was in college and I didn't have fun." He wanted to do more than be critical of work, he wanted to help people, build people up. Neal likes authors and illustrators that are willing to engage in an open dialogue about their work and let him help them make their projects better.

Porterite Gregory Rogers's The Hero of Little Street
Posted by Jaime Temairik at 10:09 AM