Neal admits he stole his title from Matt Madden and Jessica Abel's mega-awesome comics making series, but in this instance it's referring to picture books, not comics.

To start off, how Neal met Philip. Books of Wonder is a hotbed of creative energy, says Neal, many of the current and past booksellers there, like Nick Bruel, George O’Connor, Jason Chin, are now well-published book makers, Neal calls them the Books of Wonder Mafia. It was one of these mafiosos that introduced Neal to the work of Philip and Erin Stead.

The Steads, Neal says, they never argue! And work together all day in an airy, Midwest studio.

Neal relates a story about meeting Erin and how he secretly saw her work—some of this story you can find in the Caldecott speech for A Sick Day for Amos McGee (or in the back issue of a Horn Book, or two.) 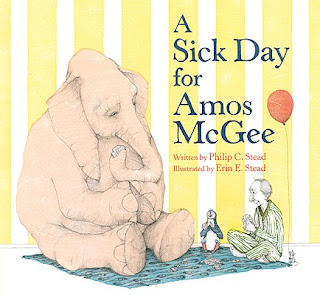 Neal shares some before and after text of Amos, Philip’s original, with Neal’s edit requests, which brought Amos’s character to a deeper and sweeter level.

Neal shares a photo of Erin’s bust of Amos, as well as the evolution of Erin’s sketches of the zoo animals, her woodblock process. I love Neal's parting words on the (surprise to them) success of Amos:

“It makes me a little teary that a quiet book, that doesn’t have sparkles on its cover or scream can still find success in this complicated market and world.” 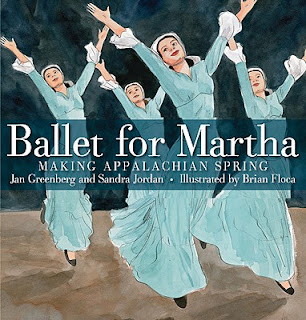 I don’t want to over share Neal’s session, but I have to mention Brian Floca’s superb artwork for this picture book, and how Neal refound Brian via Brian’s friend's website (another NP-er, the illustrious Johanna Wright!). And it was just a teensy thumbnail of a drawing of a fashion show in Brian’s online portfolio (very different from art Neal knew from Brian's books like the more technical Moonshot) that led to Neal picking Brian for this book.

Illustrators, never underestimate the power of virtual friendships and sharing a range of your best styles in your online portfolio!
Posted by Jaime Temairik at 1:37 PM