Bryan Collier: From a Seed to a Tree

Bryan gets the audience to give a quick round of applause for Laura Godwin, who's just left the stage after the editor panel. Laura was the first person to publish Bryan (we knew she was a smartie!) 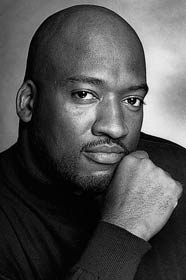 Here's only a recap of the beginning of Bryan's talk, but apologies now for those of you that aren't here, this keynote is a zillion times better in person, we can't do Bryan justice in blog form.

Bryan is the youngest of six, his mother was a Headstart teacher who brought home tons of books. Even at age four, a few books stood out to Bryan: 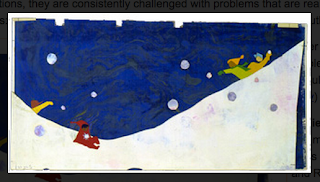 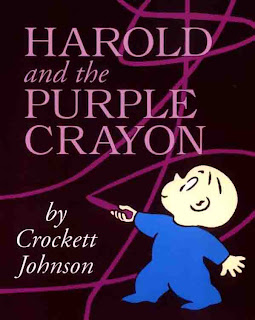 HAROLD AND THE PURPLE CRAYON

A few favorite quotes from Bryan on when he first read The Snowy Day  and Harold:

"When I opened the book and saw Peter looking back at me, I didn't have the words to articulate what that was or what that felt like, but it was a jolt. I felt a jolt. Look at his mother's dress, that yellow print, that's my mother. I never met Ezra Jack Keats, and he never met me, but when he put Peter up to show the world, he spoke to me, and directly to me."

"Every day, I've been chasing Harold...When he hung the moon in the sky? That's magic."

"You know, my head is the same shape as Harold's."

The evolution of Bryan's life from sportsman to artist: "I had a kinship with my grandmother, always. She made quilts, she'd piece them together, and at age six, seven, I paid them no mind... Flash forward to high school, I wanted to be Dr. J! I was into sports, but I walk into this art class and they hand me watercolor supplies, but no instructions, no directions. I was mesmerized when the paint hit the water, for some reason something clicked on inside of me."

"I didn't know what it was, I kept it to myself, I hid it from everybody, I played sports, but I painted in private."

Fast forward now, to the end of high school, Bryan has to make a choice, whether he's going to play college football, or do art.

Nothing touched him deeper than art, and "lo and behold, I got a scholarship to Pratt."

After graduating from college and getting into collage, Bryan went back home, and realized his grandmother had years ago given him a silent gift—the details in his grandmother's quilts, he realizes, are little patterns, landscape images, in her quilts. Her quilt squares are like collage, which is about "bringing separate things together to make something new that is now better and whole".

When Bryan comes to the point in his life story where he's decided he wanted to make a children's book, he stops and looks out into the audience asking, "Does anybody know?! Nobody's told me yet this weekend exactly how to get published!"

Bryan's method: "I picked five books I liked out of Barnes & Noble, I looked on the back of the books for the publisher's addresses, and knocked on their doors. I went door to door. I knocked on those doors once a week for seven years. Artists, listen to this one: You still gotta eat in between all that." 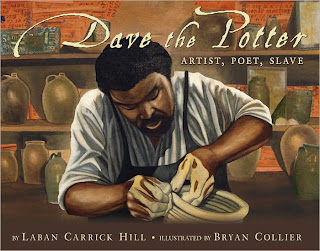 I can't do justice to Bryan's story about meeting Kevin Clash (Elmo!) for the first time, or how the Dave the Potter book came about. I hope you'll look in the Horn Book for the acceptance speech done for that book as well as his agent's profile, and also to a great piece by Seven-Imper/Kirkuser Jules Danielson about Bryan's latest book, I, Too, Am America. 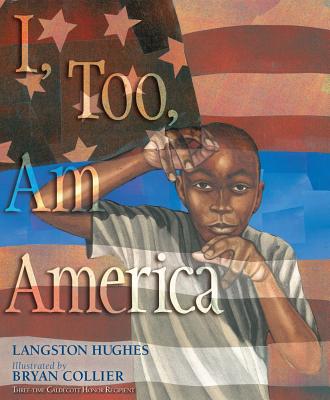 I'm so sorry we can't have every children's book person here to hear Bryan!