Gary Paulsen: Write What You Know

I've been coming to this conference for a few years now, but I have to say that today's breakout with author Gary Paulsen is something I will NEVER forget. In fact, I have six pages of notes--but I'm still speechless.

First, the topic of his talk was: Write What You Know: Some Thoughts On Outdoor Adventure, Sled Dogs, Sailboats, And Other Things Best Left To Experts Or Those With Self-Destructive Tendencies.

Gary Paulsen is the amazing author of Hatchet, Dogsong, The Winter Room and more. But the first thing that was clear when he started speaking was that Gary is a storyteller. His words had edge, passion, but more than anything, they painted a realistic picture of things I've never even imagined. 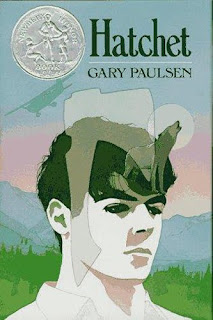 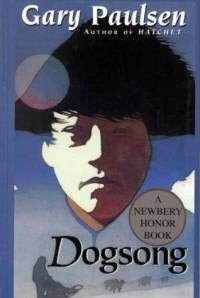 From stories of his time in the military to his years in Hollywood, his time spent in a cabin in the woods, trapping before getting dogs for the Iditarod--Gary's words were sometimes funny, sometimes shocking, but completely unlike any breakout I've ever attended.

During the Q&A, one audience member called out: "Forget the questions! Tell us another jail story!" To which Gary answered, "Okay." We were truly mesmerized.

Some of the most touching moments were when Gary talked about his dogs, his time on the Iditarod. The entire session was about his journey through life, his inspirations, his... unconventional take on publishing.

But one of the best lessons was when he said, "You write for writing and everything else is shit." Gary hit on a feeling, that feeling that this business is hard sometimes--but ultimately, it's the love of writing that keeps us in the game. 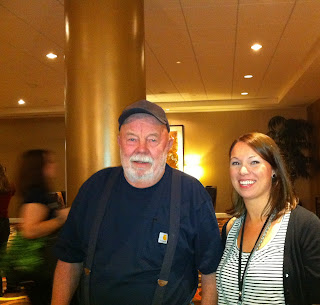 Posted by Suzanne Young at 5:06 PM