A Three-Way Conversation: The Authors-Agent-Editor Relationship 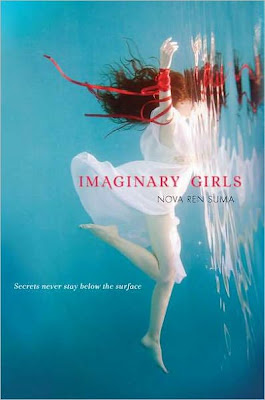 Julie stresses that these relationships work different for everyone--no one starts their journey in the same way.

Michael and Julie have none each other for approximately a decade. Michael says Julie was someone he really respected and really wanted to work with. But he wanted to sent her the RIGHT project, something with the kind of voice she's looking for.

Julie says she trusts Michael's knowledge or her taste, Michael's taste, and the way Michael does business, so when he sends her a project, she looks at it immediately.

Julie stresses that choosing an agent is a critical decision for your career--it's important to find one who helps you develop your strength and work on your weaknesses. Be sure to ask questions, talk with an agents clients, and don't rush.

Michael says that it is worth your time to take is slowly and think about what you're doing. An agent doesn't (shouldn't!) expect you to make a decision in 24 hours.

Michael points out that once the editor and author strart working together, he's still involved in the process. He's copied on editorial letters. He answers questions an author will have. He gives pep talks.

Michael says at this point, there are way more agents than there are editors. An editor recently told him that she got 20 submissions from agents last week. He wants his to rise to the top--and his relationship with editors helps facilitate that.

Nova published her first book with S&S without and agent. When she was ready to shop her second book, she wanted to work with an agent. Michael told her he thought they could sell the project, but he wanted to find her an editor that would really push her. "That scared me," Nova says. And that's why she knew that's what she had to do.

Nova said she rewrote her synopsis some five times so they could get the propsal in the best shape possible. When she started working with Michael, she only had 20 pages written.

Michael took Nova's book to auction with a short list of editors. Julie was at the top of the list, and she also won the auction.

Julie points outs that she didn't get the project just because she had the highest bid. Once there was a short list of editors interested, Nova had conversations with all of the publishers who were interested. Julie says even if you're not in an auction situations, it's important to have that conversation before you deal is made.

Julie says the relationship betweenn the three of them works so well, is because it's really about the book that ultimatley came out of it (not about the deal).

Julie and Michael say this like to be really clear and honest with writers when it comes to the work that needs to be done with a manuscript.

Nova says IMAGINARY GIRLS went through four or five rounds of revisions and it was the hardest work she never did. "I thought at times Julie knew my characters more than I did."

Julie learning, via a conversation with Micahel, that Nova has been a short story writer, gave Julie an insight that allowed them to get through a revision hump. Nova says that plot is her weak point. Julie took the novel and divided it up into four stories, illuminating everything for her.