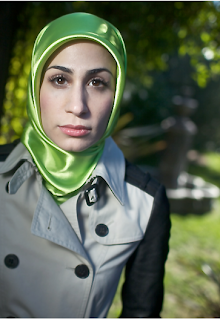 Tahereh's series has dystopian and paranormal elements to its world, but she wasn't thinking about world building when she started writing, nor did she plot any of that stuff out beforehand. She was first driven to write her story because of an image she had of her main character stuck in a rough spot, and by asking questions about why the girl was in such a rough spot, Tahereh's plot and world began to build themselves from there.

She watches a lot of documentaries and gets some of her ideas this way, actual genetic mutations caused by our environment in the real world/animal kingdom led her to wonder what would happen to humans if put in similar situations (I think we have an in-person example of environmental mutation effects in Jon Scieszka, but no one brought that up on the panel. Yet.)

Second books are always hard, whether or not there's a world to build. Tahereh tells us a little about Shatter Me's book 2 and some of the world building problems you have if your main character or narrator are unreliable. Usually you've built up enough rules in your first book, though, that you know how to follow form and make your second book's world ring true. 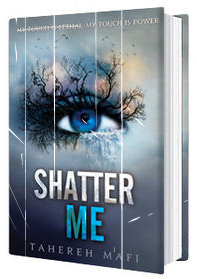 Posted by Jaime Temairik at 6:12 PM