Great news! Turns out if you work hard, hone your craft, are a moderately nice person (even one that eats meat) and pay attention at SCBWI events you'll (honestly!) (more than likely!) get published!

Meet Kim Baker, who met her agent Sara Crowe at an SCBWI event, as well as about a zillion other people like editors and publicists, authors and illustrators, all of whom celebrated her debut middle grade's release last fall. One of those editors took PICKLE to her house's acquisitions meeting, and while that editor ultimately did not acquire, it was read by a colleague at that meeting who then scooped it up. 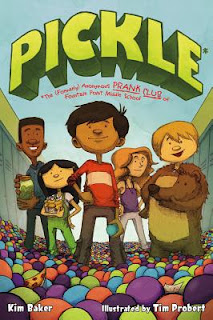 PICKLE* won a Crystal Kite, was a finalist for the Children's Choice Book Awards, and inspired the founding of a mother/daughter book club. Kim credits most of her career to the things she learned and the people she met via SCBWI. She recommends volunteering in your local SCBWI region, it's a great way to get to know the children's book world and build a community of peers.

Meet Mike Jung, who started attending SCBWI events in 2007. He heard girl genius Lisa Yee speak at once such event and adored her attitude and work. They eventually became Facebook friends and her editor, Scholastic's Arthur Levine noticed Mike's funny comments on Lisa's Facebook posts and wanted to meet him. Mike eventually took one of Arthur's SCBWI Intensive sessions and the rest is history! Now they sing together and publish together, it's pretty adorable and hilarious, as is his debut that came out last fall, Geeks, Girls, and Secret Identities. 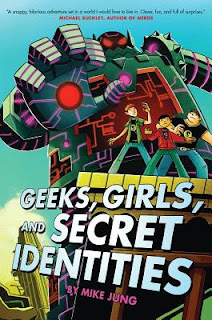 GG&SI won the YABC Choice Award for middle grade sci-fi as well as a Kansas State Reading Circle pick. Mike is a ton of fun on Twitter and Facebook. I should say, too, he loves his agent and agency with good reason, the globally delightful Ammi-Joan Paquette/Erin Murphy Literary Agency. Mike took the time to read deep into a particular genre/author/editor list and that research plus dedication to craft really paid off.


Meet Elizabeth Ross, who met her editor (panel moderator and always lovely Krista Marino) at her second SCBWI conference/first ever manuscript consultation. Elizabeth was excited to be paired with Krista for the consult because she was already a huge fan of Krista's books. Elizabeth wasn't hoping for much more than some constructive criticism or craft tips, but Krista loved those first few pages so much she asked to see more and wondered if Elizabeth had an agent. A few weeks later on the phone when Krista was offering a multi-book deal, Elizabeth was pinching herself. She decided to ask her dream agent, Brenda Bowen, to look at the pages, and then when Brenda offered representation, well, Belle Epoque became a real book! 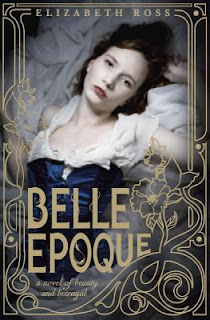 Belle just came out in June and is getting great reviews, but it's clear that Elizabeth was very thoughtful in her approach and read and researched her perfect work fits, too.

Can't wait to see more successes and books from these great authors!