Melissa Manlove: A Kick in the Gut: How We Discover the Emotional Core of Stories

Melissa Manlove is an editor at Chronicle Books.

"If you tell a story that has that emotional core, that has truth buried in it, it will feel real to your reader."

Melissa shares a few examples with the room. Who doesn't love to hear a great book? Especially since she starts with Maurice Sendak's WHERE THE WILD THINGS ARE.

Up next: LITTLE RED WRITING by Joan Holub, illustrated by Melissa Sweet, a funny and adorable story about bravery. 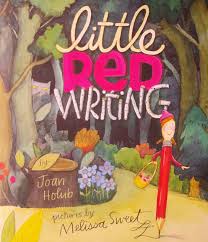 Next: CARNIVORES by Aaron Reynolds, illustrated by Dan Santat, a very funny story about self acceptance. By the end, these characters are going to need to accept themselves: that they're carnivores. And, these break-out attendees are giving it plenty of laughter. 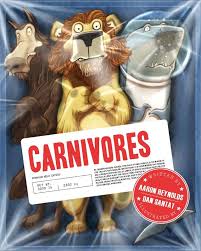 The book trailer is equally funny. Check it out.


Don't put pressure on yourself to know what the emotional core is during your first draft. Instead, write it and think about why you wrote what you did. Likely, you've left yourself clues. It's your job to go back through and figure out what your story wants to be.

Melissa likes to think of story as its own character, it's own entity.