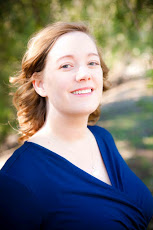 Cynthia Hand wrote the UNEARTHLY series about Clara who learns she is part angel.

Ransom Riggs: Did you run into any problems with your world building in Book 2?

The hard part for Cynthia was having to keep so much information in her head while writing a trilogy. "It keeps getting bigger and bigger, and harder and harder." But, Cynthia had mostly figured out the rules, which made it fast and easy writing for her.

Ransom Riggs: When you were writing subsequent books, was there anything you wished you hadn't locked yourself into in Book 1?

One things that was tricky for Cynthia in her following books was that she made the full angels so powerful in Book 1 that they couldn't be beaten by half angels in the books to come. She had to come up with their sort of kryptonite to solve the problem. 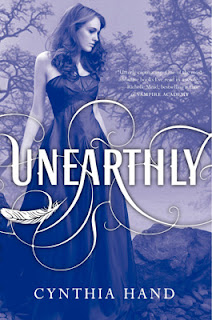 Ransom Riggs: How do you suspend the reader's disbelief when you're writing something fantastical?

Cynthia has a theater background and at first thought about setting like a stage where she dropped walls down around her characters and gave them furniture to sit on. It wasn't until later that someone challenged her to make her setting in an atmosphere where her characters could breathe. It's the unexpected detail in a setting that is going to make a setting seem more real.

Cynthia set her angel story in Jackson Hole, WY, which was a cool choice. Ransom asks her about making that choice.

In 1988, Cynthia's family visited the Yellowstone forest fire which had a big impact on her. She knew she needed a forest fire in her story, as well as a normal-sized high school, which brought her the location choice. That setting led her to the characters, like Carter who is a cowboy.