Namrata Tripathi is the executive editor at Atheneum Books for Young Readers, a small imprint of Simon & Schuster. Namrata has worked with many great writers and illustrators, but she has loved the opportunity to publish a lot of debut writers like, Jon Rocco, Julian Hector, and John Corey Whaley.

To add to what the other editors already shared, Namrata mentions that sometimes when the terms "evergreen" or "hit" are used to discuss a book,  the words are given a qualitative definition. And,  even though you can't break it down in a quantitative way, it's interesting to think about it that way.

A book's success is unknown until time passes and it's revealed. It's a nebulous topic in that way.

Discussion turns towards how much marketing is influencing acquisitions. There are strategies that the editors employ, including bringing their allies aboard before going into the acquisitions meeting.

What might be a kind of objection that you would anticipate facing?

It doesn't really matter what the objection is, a part of Namrata's job as the editor has a lot to do with chemistry. Something in her bones starts to vibrate and she has to have the book. It's like falling in love.

Namarata uses her husband as an comparison: "Even though he is cute, I can't convince Lin to feel the same about him as I do."

"We have to go into an acquisitions with that focus, feeling the passion to that degree and convey it viscerally."

In children's publishing, one's value as an editor is not based on being a hit machine.

There's a tell that let's Namrata know she's found a project she should pursue: When she has finished the book and she has put it away, if her mind has not stepped away from the story and it's characters, it's a clear sign. A lot of it has to do with voice and that the characters feel true and a real. 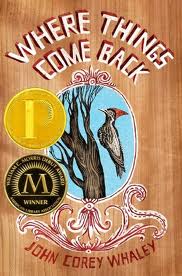