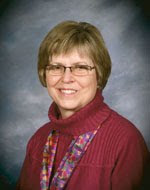 The room is abuzz and packed for Marion Dane Bauer's session on picture book writing!
Marion has been publishing since 1976 and is the author of more than 70 books in an array of genres (novels, early readers, fiction, nonfiction, picture books and novelty books). She's also won an array of awards including a Newbery Honor.

When she started out, she was "wrting in the cracks of time." Then when her youngest child went to first grade and her husband suggested she get a job. She told him she wanted five year to give writing a go. Suddenly she found herself sitting behind a manual typewrter in the corner of her bedroom. And she started out writing picture books because, she tought, "anybody can do that". She soon realized that was wrong and she stated spending a lot of time in her library reading lot of books, and for years she wrote and published novels, still working on picture books manuscripts along the way, having an editor her told her: You are not a picture book writer. Then she learned that you can't let someone else define you as a writer and she sent her PB's to other editors who didn't pigeonhole her a novelist only.
Posted by SCBWI at 11:00 AM