Celebrity Sighting in the Lobby #2

Chris Rylander! Chris is not only the RA for the Dakotas, he's an author, too. And he's so cool, he can only be photographed with hip camera apps. 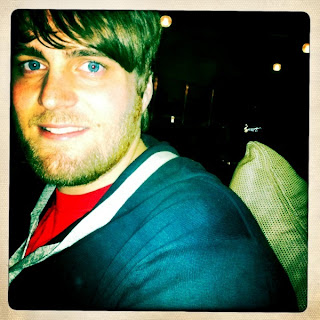 I first heard about Chris in one of Steve Malk's breakout sessions a few conferences ago. Steve used Chris as an example of why a good query letter actually matters. Steve might not have been swayed by Chris's particular manuscript submission, but Chris's query letter and emails were so funny, Steve told Chris if he wrote something in the voice of those letters that he'd be interested in reading more.

Chris's favorite band is called The Nevernudes. They are from Winnepeg. Which is surprisingly close to North Dakota. He also loves cheese. Learn more about Winnepeg, The Nevernudes, and Chris on his blog (which he should post on more.) 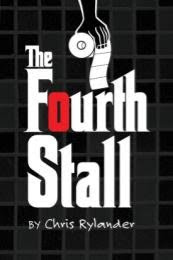 His debut novel, THE FOURTH STALL, comes out in early 2011 and has been described as 'THE GODFATHER meets middle school' or 'DIARY OF A WIMPY KID meets THE SOPRANOS.' I say yes to either and am so in love with this cover. If it doesn't remain my favorite cover of 2011, I will sleep with the fishes.
Posted by Jaime Temairik at 11:55 AM