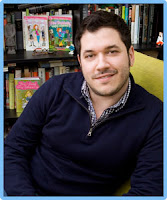 Francesco Sedita is Publisher of Penguin imprints Grosset & Dunlap and Price Stern Sloan as a writer himself (MISS POPULARITY, SPACEHEADZ with Jon Scieszka).

He went to his first job interview in platform shoes and a ruffled tuxedo shirt. "They took one look at me and said: You should work in publishing."

He thinks we're in a really exciting time in publishing. "Nothing is going to happen to to book. It's not going anywhere."

Grosset & Lunlap was known as a licenced publisher for many years. He's been focusing on a strong middle grade publishing program for age 0-10.

PSS is the original publisher of MAD LIBS. "I think of it as the obnoxious little brother of Grosset." He considers PSS as a laboratory to play with new formats (for example, a $9.99 picture book--they're done four so far and they've gone out well, he says).

Two Grosset series that launched this summer: FRANKLY FRANNIE by A,J. Stern about a little girl who thinks she should work in an office; and GEORGE BROWN CLASS CLOWN, by Nancy Krulik.

He suggest writers don't submit more than on imprint at the same company. It's one big team, and they would share material with other editors at other imprints that if they think there's a fit.

He believes you need to know the rules before you can break the rules, but we're at a time when the rules are bending.

Penguin had become more profitable, he feels, because the president of the company encourages his editorial staff to take risks and innovate, and it pays off. "If you're not making mistakes, you're not taking risks," Francesco says.

The price points are very low at his imprints (usually not over $9.99; FRANKLY FRANNIE is $4.99). He likes to take risks on new voices. He loves the idea of someone starting out at Grosset and creating a great series. He feels there's a negative connotation to the term "mass market," and doesn't like to use that term to describe what he publishes.

Franceso is one of the team members at Penguin who is exploring what material they can produce on new digital platforms. He says that writers should not concern themselves with new platforms or app associated with their text unless it's absolutely essential to the concept of the story.

Parting words of advice: When you go home and write (after the conference), shut the door on what you've learned and write for yourself. Write the story that YOU want to write. If you create the right things, we'll throw all the rules out the window for you. 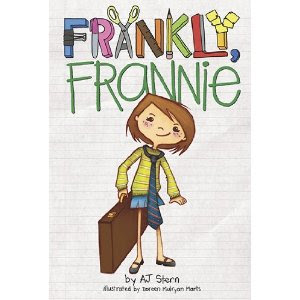 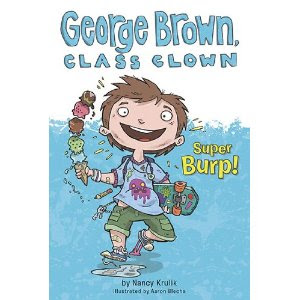