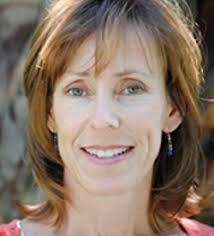 Leslie Helakoski is the author, and sometimes illustrator, of eleven picture books that have garnered starred reviews and award nominations in over twenty states. Her newest release, Ready or Not, Woolbur Goes to School, is a follow-up to the best-selling Woolbur, and her forthcoming Are Your Stars Like My Stars launches September 2019. Her books, known for reader engagement, humor, and word play, also include Hoot & Honk Just Can’t Sleep, Big Chickens, and Big Pigs. Leslie has illustrated her four most recent books, including Doggone Feet! (a Scholastic Magazine "Best Math Choice").  Helakowski was also a Michigan SCBWI Regional Advisor.

"I don't like to read books on craft," Helakowski confessed. "I'd much rather read a book and learn from it." But that analysis can seem daunting. Helakoski's approach was to devise a rubric of elements that she saw in successful picture books. She started with three major categories, (concept, writing style and visual language), and within each, created touchpoints like humor, repetition, character, and setting.  Assigning a point for each element included, and subtracting one for rule breaking like length or adult main character,  gave Helakowski a rough "success score."

Helakowski took us through a number of picture books (including Millions of Cats by Wanda Gag, Sophie's Squash by Anne Miller, A Leaf Can Be by Laura Purdie Salas), showing us how you can learn from books, those you like, as well as those that you don't.

Sadly, during a discussion of a book about a "caveboy," she noted the advantage to writing a book about a character or culture about whom nothing can be known is that there is "no chance of a marginalized person taking offense."

I'm sad she thinks that it's better to avoid those concerns than to take them seriously.
Posted by Adria Quinones at 2:23 PM