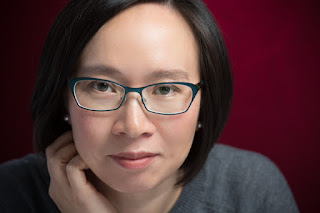 Malinda Lo is the author of several young adult novels, including most recently A Line in the Dark. Her novel Ash, a lesbian retelling of Cinderella, was a finalist for the William C. Morris YA Debut Award, the Andre Norton Award for YA Science Fiction and Fantasy, the Mythopoeic Fantasy Award, and was a Kirkus Best Book for Children and Teens. She has been a three-time finalist for the Lambda Literary Award. Malinda’s nonfiction has been published by The New York Times Book Review, NPR, The Huffington Post, The Toast, The Horn Book, and AfterEllen. Her website is www.malindalo.com.

Malinda shares how dialog in one scene of her YA novel, "A Line in the Dark" was pulled from her own life, and how sometimes writing truth isn't joyful, but a catharsis. 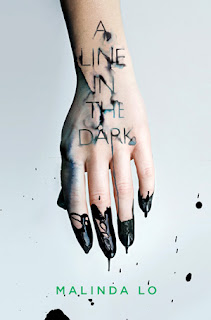 Speaking of Arthur's prompt of a quote from Alexander Chee's How to Write an Autobiographical Novel regarding transforming Gay and Asian stereotypes, via drag, to power, Malinda tells us about her current novel being about drag. The book is about a queer Chinese American girl and Drag Kings, and performance, and twisting and subverting gender. How Chinese Americans in that time faced casual everyday racism. And Queer people faced many homophobic stereotypes, but her character discovers that in this drag nightclub, those challenges are subverted.

"The point is to center the Chinese-ness of these characters and to show their world. When it comes to whether outsiders can understand it...? I used to be more concerned with that."


That's a profound comment. That we don't have to explain things to people outside the culture. Those readers can jump in and figure it out. We can center the culture and stories we need to tell.

When Malinda wrote her debut Ash, she imagined the characters as Asian (it's a fantasy lesbian re-telling of Cinderella), yet she explains that while writing it,

"I thought the gay part was big enough problem." She felt that this book was going to get a difficult reception, so she did not include any clear signs of Asian-ness. She tells us how she imagined them in her head, but decided to not put them in the book, saying, "I thought it would be too much." 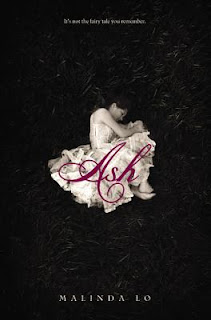 Malinda then explains how in writing the follow-up novel, Huntress (a prequel), she set out to make it very specifically a Chinese-inspired fantasy world. 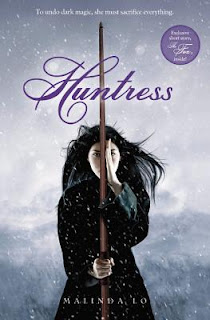 Malinda speaks of much more, including the "double othering" she faces as a Chinese American: the othering from "Mythical China" (telling us a story of visiting China when she was in college, and how it was so clear to the people she met there that she wasn't Chinese), and at the same time how to some of her fellow Americans she's perceived as a perpetual foreigner.

A final impassioned thought from Malinda:

"Too often race is seen only as skin color..." Race is a cultural construct. "Race is an experience. You have to go inside."