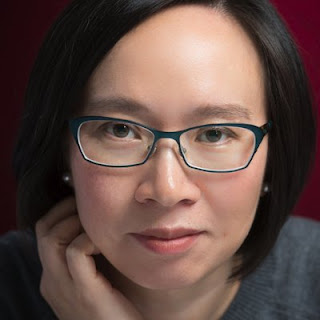 Malinda Lo is the award-winning author of several YA novels, ASH, HUNTRESS, ADAPTATION, INHERITANCE, and A LINE IN THE DARK. She writes mainly fantasy and science fiction, but acknowledged that even contemporary fiction requires world building.

She defined world building as "the imagine process of creating settings, cultural practices, and magical or scientific structures of a fantasy or science fiction novel."

You as the author have a lot of control over your fantasy world: who has the power, who discriminates. You don't have to reproduce real-world prejudices. (Doesn't mean your world can't include prejudices! But become aware of these things when you create your world so you do it deliberately.)

Something that frustrates Malinda: You watch a TV show set in San Francisco or New York and everyone is white. "This is completely unrealistic," she says.


She referenced Holly Black's rules of magic as being useful for establishing the rules of your world.
Rituals is her second area of worldbuilding she considers.

In Harry Potter, the Sorting Hat is a ritual/rite of passage every year. Prom is another sort of ritual. There's a dance, photographs, a vote for king and queen (which means popularity/power/status). If you don't go, you're on the outside. You might not have gotten invited. You may be low-status.

"There's a lot of meaning attached to something like prom," Malinda said.

And consider birthday cakes. In our culture, birthdays involve people standing in a circle around a baked good that they set on fire. One person makes a secret wish. They sing a ritual song. It's all so commonplace that we don't even think about it, but as authors, this is exactly the sort of thing we need to think about.

THE HUNGER GAMES is another book that has a powerful ritual—the reaping ceremony.


Katniss messes up the ritual by volunteering. In this way, she takes back some of her own power. This is more than if she had been volunteered against her will.

The ritual also reveals the nature of the government, and that the public is powerless. The ritual is messed up, and that it's been turned into a celebration is even more messed up.

Posted by Martha Brockenbrough at 3:31 PM