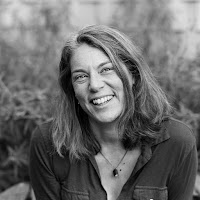 Dashka Slater is the author of many fabulous picture books as well as the much lauded 2017 YA true crime novel, THE 57 BUS. But between these latest titles and her first few, Dashka felt stalled in her career for years. During that time, she bravely reached out to a fellow author she thought might be in a similar position, Marsha Diane Arnold. They became complaining buddies—Dashka highly recommends this as a coping strategy.

As she looks back on those formative seven years of not selling, Dashka sees now it made her a much better writer and author, and that reflecting on that stalled time will help her the next time this happens because she has also learned this career is not a straight road.

Dashka shares some goals for this session:

Goal #1: Diagnose the stall
Goal #2: Get your mojo back
Goal #3: Know that you are not alone
Goal #4: Protect yourself against future stalls

Dashka contacted other writers besides Marsha that also had seemed to stall. Here are a few of those stall examples and ways in which they got themselves out of there (note: you may be stalled in one or all of these ways, and that's okay!).


The Sputter Stall: Everything is going along fine, until it doesn't. Lisa Wheeler sold ten books and then... she didn't sell anymore. Her publishing contacts changed or left the industry, the recession crept in, all of her new work was being rejected.

The Market Change Stall: Melissa Stewart says 21 of her books were cancelled after the contracts were signed (Education budget cuts led to drastic library budget cuts. And the Internet became an alternate source for science facts that may have once only been available in physical books).

So what do you do when all of these stalls happen? And look! They happened to amazing people we think are stall-proof!

Dashka's partial Do and Don't list for getting out of stalls:

Do: Fight for your career. It's worth it.
Don't: Beat yourself up. Most of the reasons the stalls happened are out of your control.
Do: Stay connected.
Don't: Believe what you see on social media, it's much better to meet a peer in person and not just via their highlight reel on Facebook.

Do: Cultivate beginner's mind. This is the most important key to ending a stall to Dashka.

The breakout session attendees partner up and discuss what stalls they are feeling and do some brief commiserating. They then help each other brainstorm ideas for getting out of their stall(s).

Here are some of the things Lisa, Melissa, Marsha, and Dashka did to get out of their stalls, think about how that might work for you, too:

Diversify, embrace every new opportunity like: Apps, Educational Materials, Books for Hire, New Genres, Social media platform development, or Teaching. Be doing things to make some money on the side related to your field if not exactly selling a manuscript.

Representation. Either for the first time or as a change up with your existing agent.
Posted by Jaime Temairik at 5:12 PM