She speaks about how "Hamilton" has raised the bar, as the new standard of nonfiction that kids, and writers, and editors expect and want and hope to reach.

Andrea asks us to share why we're interested in nonfiction, and shares that for her, the books she writes and edits can be thought of as

"A documentary on paper."


She asks each of us,


And then, discussed the challenge we all face: How do you get past the perception of children that nonfiction is "yucky spinach," and "boring?"

Rather than "non-fiction" let's talk about "Real things that happened to real people that really happened."

Hook the reader right away, with the initial phrases

pull them along once they're in

hold them, sustain their interest throughout the book.

Andrea reads the opening lines of her own "Sojourney Truths' Step-Stomp Stride" as an example, and speaks of the Previewing technique, where you tell readers:

"We're going on a journey, let me tell you where we're going." 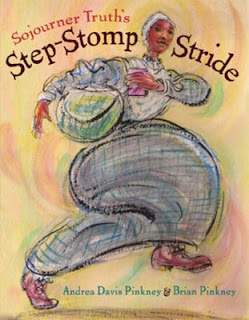 She shares the ingredients we have as writers of nonfiction: Research, Time/Place,Voice, Authenticity, Texture/Flavor, Experience, Emotion, Psychic Condition, Physicality, and then we rank their importance in nonfiction. Surprisingly, research isn't the first thing. (It's actually number nine.) Number one is Voice.

One more great piece of advice:


"You can't include everything. That's what backmatter is for."

Andrea walks us through how she told the story of Motown - but not everything, for her Rhythm Ride: A Road Trip Through the Motown Sound 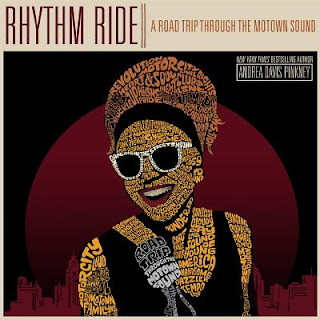 She explains how she focused her telling of the story on three strands: Berry Gordy, The Civil Rights movement, and her own parent's romance.

There's so much more, and it's brilliant. As is Andrea.

Grateful to be here.