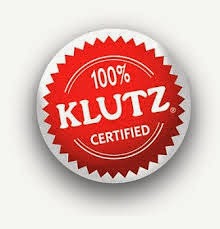 Neta has only been at her new job for one week and three days! So welcome her to Klutz, where she is now the Vice President of Product Development. If you were never a child, then you missed out on all of the great Klutz cooking, drawing, gardening, joke, activity, craft and magic books.

Two of the four things Neta says you want a cover to do:

"Ha, made you look!": If you see it on a shelf with lots of other face out covers, does your eye stray to your cover first?

Clarity of content: Who is the buyer? Can you tell from the cover if the book is for three-year-olds or eight-year-olds? Boys and girls, or just girls? Just lawyers?

Neta walks us through the evolution of the cover of HOW DO YOU FEED A HUNGRY GIANT? 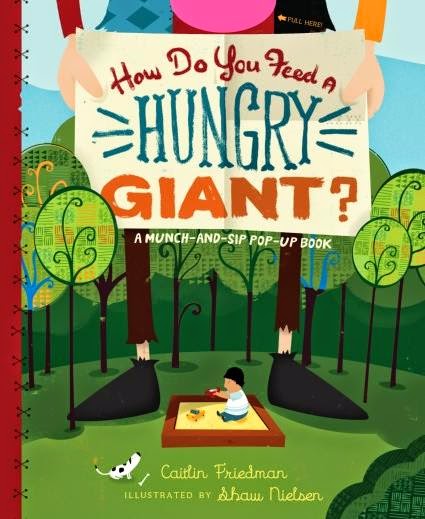 The first sketches were very similar to what you see above, but with a tighter crop in, with no sign, just the legs of the giant... which meant the only actual blank space for the title was between the giant's legs... Neta went back and forth with the artist over how to incorporate the title into the cover image (adding a little more of the giant's body, putting the title on a sign that the giant could hold, which nicely echoes action happening in the book).

ILLUSTRATOR TIP! Neta says being able to do hand lettering is a great thing for an illustrator to have in their back pocket.  Neta roughed in the sizes of the words for the title, and Shaw used that as a guide to handletter the title to its final style.

Remember when Neta told us that the cover should make it clear from the get-go what sort of a book it is, what sort of buyer will know this is the book for them? WELL, How Do you Feed a Hungry Giant? is a POP-UP BOOK! Yeah, I know! And the brilliant thing is that the cover has a pop-up element, look at this cool piece that you can pull out of the top of the cover:

Neta shared more cover tips, some examples of favorite covers and what they have in common, and took time for Q&A, good stuff, guys!

Posted by Jaime Temairik at 9:17 AM