Meg Rosoff: The Most Powerful Tool You Have Is Your Unconscious Mind 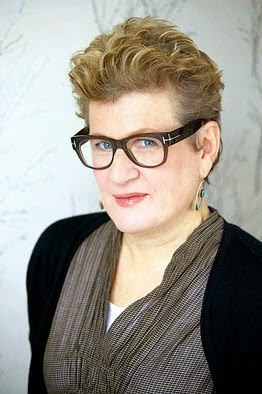 Meg Rosoff is the award-winning author of many books for children and teens. Her novel How I Live Now won the Printz Award in 2005, and her sixth and latest novel, Picture Me Gone, was a National Book Award Finalist.

In this session, Meg has given us a wee peek into her little, dark brain. It's wildly fascinating.


Meg didn’t start writing until she was 46.

She was always a writer and an avid reader but she wasn’t going to write a book unless it was as good as the books she was reading. It had to hold up to A Wrinkle In Time.

Basically, she had a lot of fear.

After losing one a sister to breast cancer, and second who also had it, fear of own funeral (basically how pathetic it would be) pushed her to finally write a book.

She landed on writing a horse book. She wrote it rather quickly and through some connections sent it to an agent. The agent saw potential in her writing but she told her that she probably couldn’t sell it because it had too much sex. You know, because she has a dark, little brain. Horse books were not going to be what she wrote, they were always going to turn into something much, much darker.

Meg thinks of our brains as a colander. Many things that happen to us trickle through and are soon forgotten, but every once in a while there’s something that really sticks in your brain. It doesn’t have to be something big. It could be something someone said. Those things that get stuck in our “colander" start to compost down, and that’s what you can tap into with the subconscious.

What's often missing from books is the right voice. We all have to figure out what that voice is for us. The only real block is being unable to access what’s in your head and in your heart.


The more you go back and forth between your conscious and unconscious mind, the bigger the passage becomes.

"You want to be following your book, not dragging it up a hill."

Write a book as honestly, truthfully, deeply, sometimes painfully as possible. If nobody likes it, then you write another one.
Posted by Cuppa Jolie at 1:30 PM