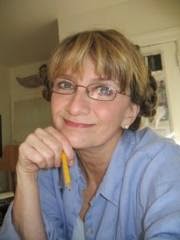 Judy Schachner is the #1 New York Times best-selling author/illustrator of over twenty-three books for children including Bits & Pieces, the modern classic Skippyjon Jones series, Yo Vikings, The Grannyman and Willy and May. She has won many awards including the first E.B. White Read Aloud Award.

"When I create a character, I commit to that character."

The charming and funny, Judy Schachner, has the room cracking up, especially since she's being a bit of a rule breaker and doing everything Lin Oliver asked her not to. And we're loving it!

Judy will talk about thinking in pictures. 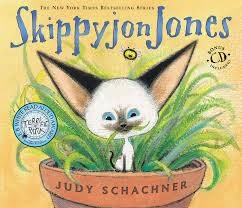 Judy got her start in illustration. Her first book was by Donna Jo Napoli and she illustrated a story about frogs. It was followed by What Shall I Dream? written by Laura McGee Kvasnosky. Then her publisher asked, "Judy, do you write?" After saying yes, she worried she'd be exposed as a liar.

Willy May was the first book she wrote and illustrated. After receiving some starred reviews, she started to believe she could write too.

If you asked her Judy what her favorite book was, she would say, Yo Vikings. It brought back childhood. One of the Judy's daughters wanted a viking ship, and believe it or not, her family ended up buying one.

Judy creates character bibles, getting to know her characters through images, ones she both finds and draws. Collaging and collecting, she has these books going all the time. It's all done intuitively, with no rhyme or reason. Judy shares with us a slide show of many of the pages that come from her character bibles. So very cool. 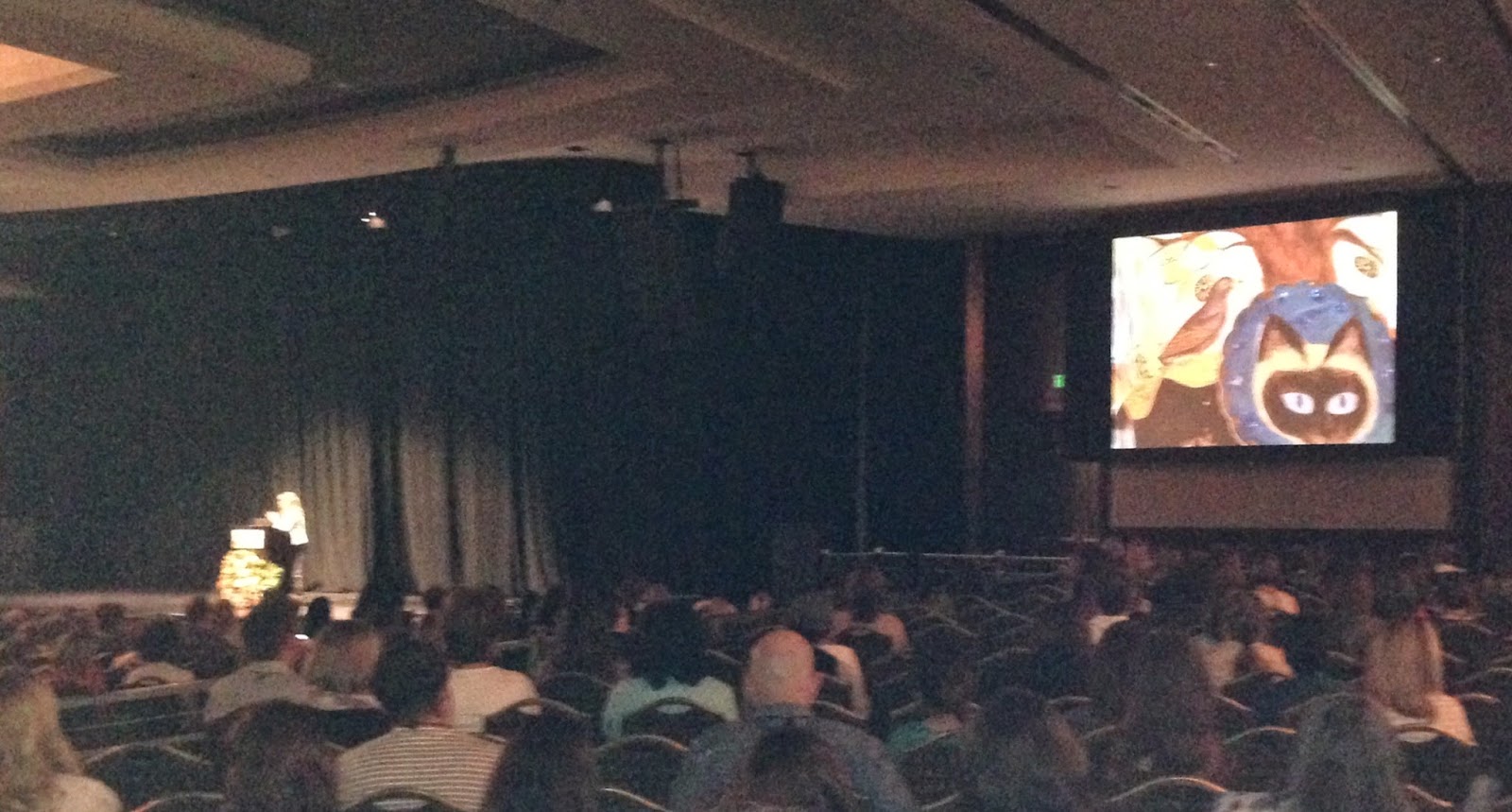 Character and dialogue comes first for Judy. Plot is more challenging. But doing the bibles helps her to solve all the problems with plot and place.

It's really amazing to see how Judy allows images and ideas to come to her, how she so freely allows herself to put them all together in interesting way. She gets them down on paper (in her character bible), and doesn't sensor herself, then let's it all go to work for her. It helps to inform her stories and clearly creates strong characters that feel original and charming.

Her process is fascinating and is even one writers could take to inform their stories and characters. Judy even suggests this process for those writing novels. "It can work for everybody."

What a treat to see pages from the character bible of her latest story about an OCD raccoon. Just wonderful.

The pages she creates become placeholders. If they don't end up in the book she's working on now, they might end up in another book.

"Become a collector of not just things but of experiences too."