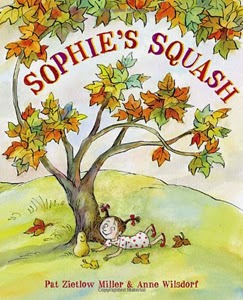 "Wow," Pat says when she takes the podium. "And I'll say it again backwards. Wow."

Pat has always wanted to write books. She wrote her first draft when she was 19 years old. After being rejected she went on with her life, working and having a family, but she always thought she'd still write a picture book.

Twenty years later, Pat realized that no one was going to cold-call her from New York and say, "Hey, Pat. We want you to write a picture book."

So she began to study picture books and write. A lot.

The spark that lead to Sophie's Squash was a trip to the store with her daughter. Many items had been thrown into the cart but when Pat went to check out she couldn't find the butternut squash. Her daughter was cradling it like a baby and then took it home and drew a face on it. Needless to say, they didn't eat the squash.

It took Pat many drafts and revisions to get that anecdote right for the story. The manuscript received many rejections, but Pat says, "One yes is all you need." Sophie's Squash received 4 starred reviews began winning awards.

"Sometimes the goals we want to most are the hardest to pursue. Because what if we fail?" Pat encourages the room to go for those goals and dreams because you don't know where they'll take you. You might find yourself accepting a Golden Kite Award. 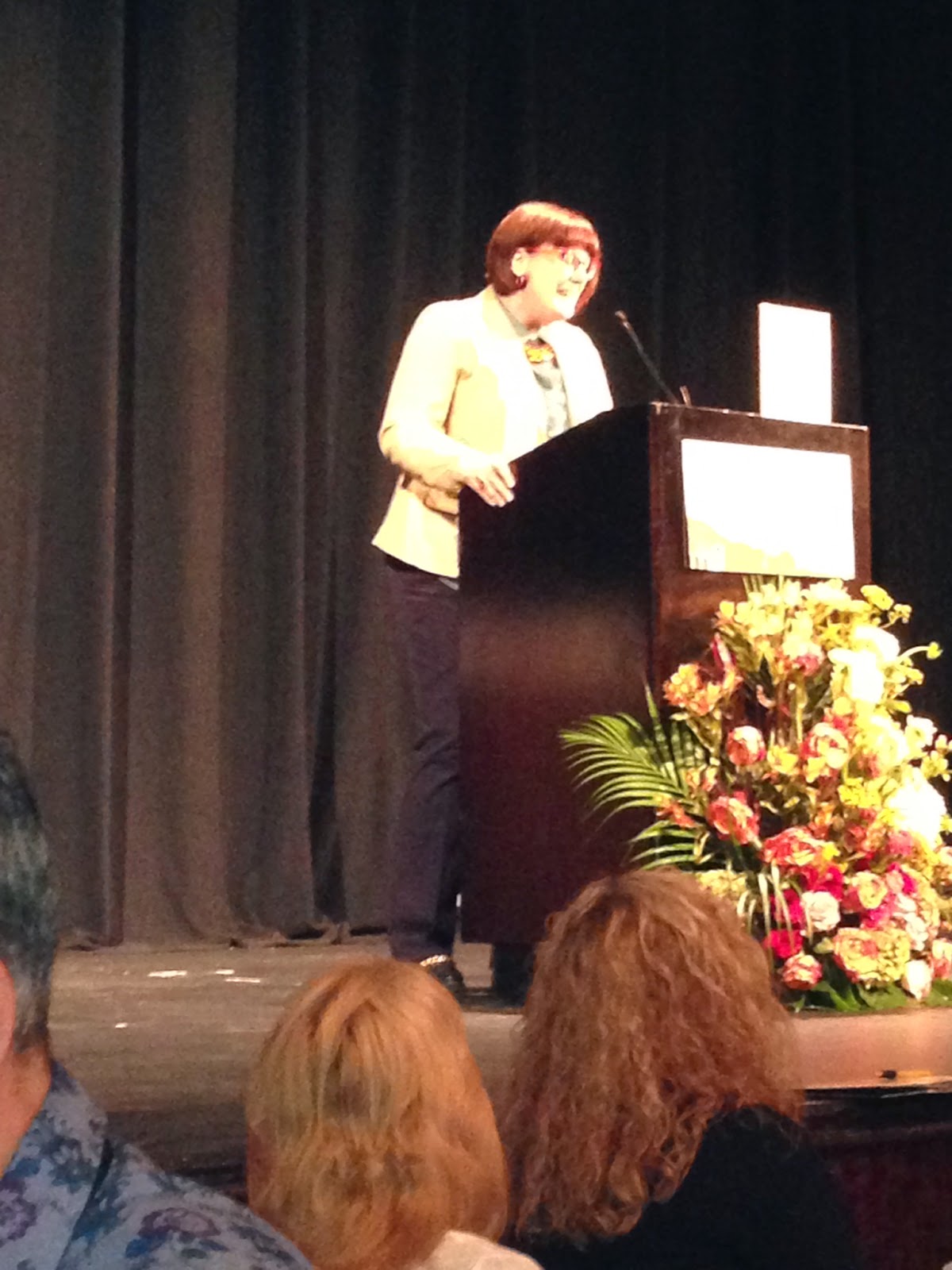