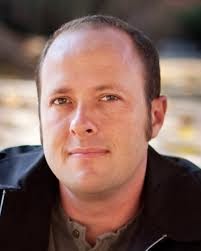 Jay Asher's debut teen novel, THIRTEEN REASONS WHY, spent over two and a half years on the New York Times bestseller list (and began as a SCBWI Work-In-Progress Grant Winner!). His second book, THE FUTURE OF US, was coauthored with Carolyn Mackler. 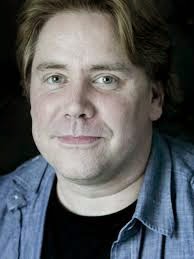 Stephen Chbosky wrote and directed the feature film adaptation of his novel, THE PERKS OF BEING A WALLFLOWER.

The mutual respect and admiration each has for the other already makes this session a great one.

When Jay thought up the idea for THIRTEEN REASONS WHY, he was afraid. It was not the type of book he thought he would want to read. That's when he decided to focus on making it a page turner.

Stephen has learned more about the page turn by watching Buffy the Vampire Slayer because it's all about what happened or what happens next.

Jay needs an ending in mind to shoot for, not that it means the ending might not change. He still needs to leave some room for the story to surprise even him as he writes it. He loves those moments. Let your characters sometimes surprise you.

Stephen echoes the same thoughts: If I know everything in the beginning then there's no room to make it better.

Jay wanted THIRTEEN REASONS WHY to read clean so that it would read quickly, building suspense and not allowing the reader to come out of the story.