Aaron Becker: Some Adjustments Were Made Along the Way: One Artist's Journey

Author/illustrator Aaron Becker has the whole audience standing up and singing a variety of refrains. They are NOT from Close Encounters of the Third Kind, but I AM having an out of body experience. . . .

Aaron shares this video of the Journey trailer:

As a kid, Aaron was always drawing, he shows us some of his drawings from 1978 of a few X-Wing fighters. AND he was always making books! He made his own Ed Emberley-ish how-to-draw books complete with bio photos and flap copy, but at the time, he thought this was just fun play and when he became an adult he'd have to give it all up, no more making books with pictures.

But in high school, though he never took an art class, he got an internship with a local commercial illustrator and realized you could get paid to make art. In college Aaron finally got into some art classes and Post-College Aaron started working in the fields of graphic design, and though he was getting paid to draw, it wasn't quite what he thought it would be. At an elderly 23,  he felt like his days were slipping away, being filled with unfulfilling work and that maybe he did not need the security of his day job if it meant his life wasn't really worth living.

And so he did a web search and found:

Except it wasn't until eight years later, after initial children's book publisher rejections at some SCBWI events, time in art school studying illustration, working for various film and animation companies, and finally being laid off by an animation company, that Aaron found himself at a critical juncture. Now, with a new baby and no job, Aaron turned down a film industry job offer and followed his dream of making books with pictures and this is where Journey's journey begins: 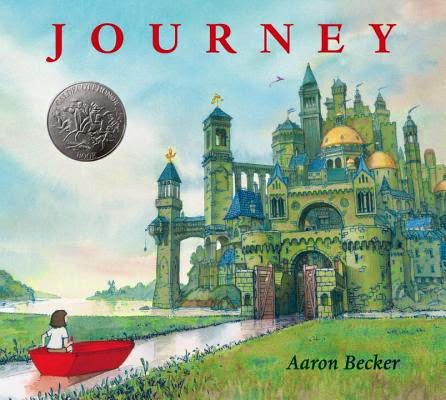