Maggie Stiefvater is nothing short of astonishing. She's the author of many YA novels, including the bestselling Raven Boys series and the Printz Honor Award-winning SCORPIO RACES.

She talked to us about her life as a writer—which has more dimensions than that single word contains.

"I'm not sure if my job description is actually writer," she said. "It should be thief. Or maybe, if I'm being kind, artist."

"I used to think that my ideal job was to write. To make up stories. To lie for a living." Now that she's a professional writer, knows that she observes, steals, and stylizes for a living.

When she writes, it's not so much that she is creating new things out of nothing, but that she steals from the world and makes it her own. She used to be a professional portrait artist, something she had to practice a lot (much like writing). One challenge of being a portrait artist was that people would move. She learned to look for people being still.

She found one once in a window seat on an airplane—the seat she wanted—and she sketched him with delight. And then she found out he was watching her draw. She teased his life story out of him, or at least part. Specifically the hand part. He had an oddly shaped hand, so he told her the story of how he broke it. On someone's face.

He said he was defending his sister's honor, and she listened to him with her mind on record, as she planned to steal him and his soft southern accent.

Over the years, her thefts have gone from the surface much deeper. Faithful, accurate renderings aren't what she wants. These are mere copies. She wants the essence. The soul. Why that guy threw that punch, or why he never threw one earlier. His broken hand was broken for a reason. He could have been, and probably was, lying.

The truth: A boy had once lost his temper, much to his shame. He had to look at the memory of that moment every single day. Everything else was just details. Just noise. "That was the soul," she said. "And that was what I stole."

He became Adam Parrish in THE RAVEN BOYS.

She talked to us about what the old writing advice "write what you know" really means, charming us with the stories of her childhood horse, a former racehorse that wasn't ready to retire and very well could have killed her. This fed into THE SCORPIO RACES, a book about vicious horses that are very likely to eat anyone who tries to ride them.

The thief then hands the job over to the artist, who understands what details to keep, and what details to cut.  "If I do my thievery well, if I steal the truth and not the details, and then I add the details back in, then I end up with a book that is not just true, but specific, and in only the way I can write it," she said.

She said her most Maggie book of all is THE RAVEN BOYS, one rich with things she's pilfered from her childhood, and literally about someone who can summon things from his dreams, just as she summons from her own. 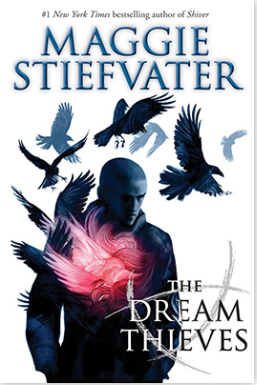 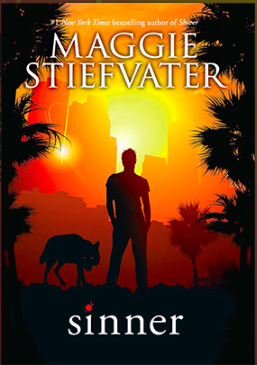 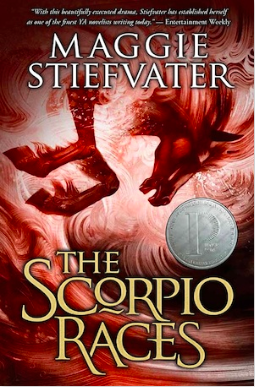