Golden Kite Award for Fiction: Tim Federle, for Better Nate Than Ever 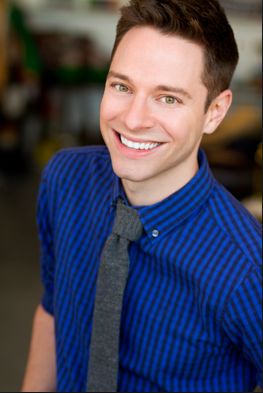 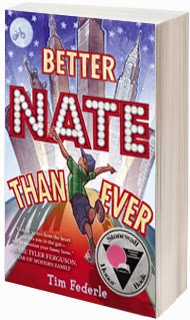 This year in the fiction category, Tim Federle received the Golden Kite for his hilarious, charming, and surprising BETTER NATE THAN EVER.

Tim was every bit as wonderful as his book, making everyone laugh with this observation: "Whether you're published or unpublished, we are the only people in the world right now who are in the same ballroom as Judy Blume."

He talked to us about his shift from being a Broadway dancer to novelist. "As soon as middle schoolers learn that I played a rollerskating catfish in the Little Mermaid," he said, "they have a hard time believing that I want to sit behind a computer."

But there are benefits to facing the blinking cursor. "When you write down a story, it lasts longer than two hours," he said.

And while he misses the community of theater, that's what SCBWI brings to him as an author, and he loves it. And he offered instruction for us, once we're home. "Get back to the page or the art easel, to tell the stories only you can tell."

Posted by Martha Brockenbrough at 3:35 PM