Renée Watson is a New York Times best-selling author, educator, and activist. Her young adult novel, Piecing Me Together (Bloomsbury, 2017) received a Coretta Scott King Award and Newbery Honor. Her children’s picture books and novels have received several awards and international recognition. Her poetry and fiction often center around the lived experiences of black girls and women, and explore themes of home, identity, and the intersections of race, class, and gender.

Renée Watson, who names Portland, OR as her home SCBWI region, says every time she writes she's thinking about how that story matters, because she believes words matter, especially in the context of what kind of stories Black kids get to read. She puts that belief into practice in more than her own books, too—the creation of the I, Too Arts Collective brings the value of the written word directly to the Harlem community. 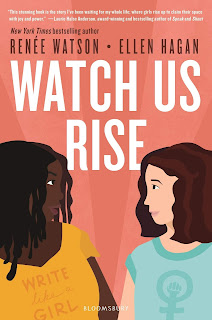 Her editorial experiences have been much more focused on the content of her books than her mastery of craft, and very much highlight the need for more stories about and for Black kids. For example, an editor said "this doesn't feel believable" about one of her books because the Black kids and families in it weren't traumatized enough.

On an uplifting note, she first and foremost writes for Black girls, but at one author event a white boy who had just read WATCH US RISE asked her how he can be better to his sisters and friends who are girls. So many times books like hers are put into the hands of Black girls, but she was so moved that a teacher put that book into that boy's hands. It's a memory she'll carry forever.