M.T. Anderson - The Past is Another Country

M.T. Anderson is one of my favorite authors and speakers, you'll know his LA Times Book Prize winner FEED, or maybe Octavian Nothing, or Symphony of the Dead, and most recently The Assassination of Brangwain Spurge with Eugene Yelchin.

Tobin will specifically talk about how historical research can transform a novel or nonfiction piece. He starts with some quotes, this from British author L.P. Hartley: "The past is another country. They do things differently there."

And from John W. Campbell, an important author and editor during the golden age of science fiction:

"Too few build civilizations before they build stories. But a story is only an incident, and an incident takes place against and because of the civilization. And a civilization is a mass of a billion details, each interacting with the others. Histories tell of kings and emperors and dictators. To get a picture of the civilization they ruled, archaeologists seek broken pots and beds and plowshares, the details of life that give the forgotten times reality. Not kings, but broken pots paint life's realities." 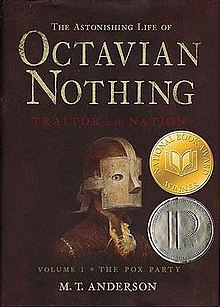 Tobin says he doesn't love the 18th century just because everyone was a super snappy dresser, it's the strangeness of the past that makes it fascinating to compare that same place against today's time.

The Octavian Nothing book kernel idea came about because he'd read something about the Pox Party. In the 18th century, small pox was a huge huge problem decimating societies. If you made an incision and put matter from the sores of a small pox victim into your own body, you'd get a less severe version of the disease, people (usually young people) would be closed up in a house together for a month, with no contact from the outside world, curtains drawn.

"Like an episode of The Breakfast Club movie but with running pox pus sores," says Tobin.

Tobin recommends doing your research from general/broad overview histories, like an inverted pyramid, drilling down to more specific events/issues/people. He read general histories of the Revolutionary War period, then histories of the region of Boston he wanted to write about, and then onto a certain biographies of people living there during that time period, and so on.

As you read: Go to the footnotes! Any general history anecdote that inspires you, look for where that came from in the book's bibliography.

At the same time he's doing general research, which is chronological, Tobin is also doing social history which he describes as more of a fluffy cloud level of information, what are people eating/wearing, where do they get gun powder from, etc.

He loves the Writer's Guide to Every Day Life In... series, though they do have a few drawbacks—A problem with scope, the Middle Ages spans a thousand years, not everything can by represented in one book; and the series is well-trod, they are used by authors everywhere.

But the series always does cite their sources, so try going to the bibliography there, too, for making your work more unique.

The point of doing social history research early in the process and even as you are writing your first draft, Tobin says, is that sometimes you discover important facts that may turn into important plot points.

"Even while writing there's a wonderful felicity to continue to do that sort of social research."

Establish your setting mood and plot, but use this research to highlight the differences between that time and the present. Give your reader the tools to understand what those historical details signify.

Think about how historical facts really play out on the ground and how you could use or omit them for your stories.

Details should give you a stronger sense of your character in that time, and should also help you move past the clichés we all think we know of those times and experiences. 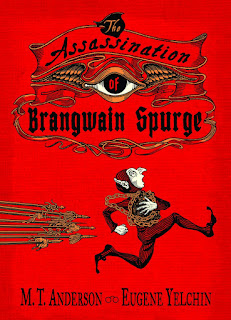 Posted by Jaime Temairik at 3:24 PM