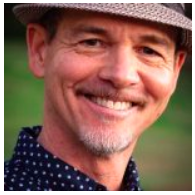 Bruce says a main character is memorable if they have a unique point of view and attitude, those elements combine to give you a great VOICE. He's made seven series, and the ones that stay in print have those strong attitudes and views from the very first page.

As an example, he shares the first lines of THE MALTED FALCON, his first book in the Chet Gecko series.

Focus on making the character first, that's usually the way, though sometimes it can be a situation that sparks an idea. 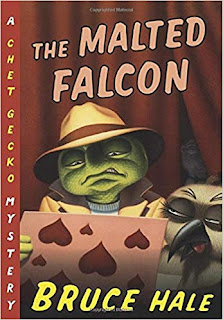 When he was asked to write CLARK THE SHARK, he had no idea it would turn into a nine-book series, and he credits its success with the deep development of the main character, Clark, and that readers wanted to keep having fun with him.

Bruce is working on a standalone novel right now, which he finds very scary, to only be able to give this character that one moment in life.

"Drawing pictures of the characters is part of my process for writing, I was a cartoonist before I was an author, and what a character looks like often shapes their personality in a way just writing about them does not."

Is there anything you do to get to know your characters better?

Paula Danziger recommended an exercise that Bruce likes, which is to describe what is in your character's closet and what it says about your character. Sometimes he'll do an interview with his characters.

Working on character isn't just working on the character, but the setting can also form and change a character's personality.
Posted by Jaime Temairik at 5:01 PM