Ben Clanton is the author/illustrator of the Narwhal and Jelly books) as well as an editor-at-large for the Little Bigfoot imprint of Sasquatch Books.

Debbi Michiko Florence is the author of the Jasmine Toguchi and My Furry Foster Family series.

Both were part of the author panel focusing on the development of characters for book series.

What makes a memorable character?

Debbi: When Debbi reads a book, she wants to feel comfortable with the character, like they're a friend.

Ben: He thinks it's vital to have a character connect with the reader.

When you're starting out, do you start with character or plot?

Debbi: Jasmine Toguchi started off with an idea she encountered in a newspaper, a story about a Japanese family that got together to make mochi in the traditional way. According to tradition, the man pounds the mochi and the woman rolls it. But her character, a girl, wanted to pound the mochi, and she wouldn't leave Debbi alone.

Ben: It starts with character. He gets to know them, sometimes for a period of years. His original inspiration for Narwhal and Jelly was a book of photographs that captivated his imagination. He found himself filling pages in his sketchbook with narwhals and other creatures. He started asking them questions. What would they do? He started dressing them up as super heroes. And then one day he was standing in line for ice cream and was smelling waffle cone, and it occurred to him that he'd look like a narwhal if he put his waffle cone on his head. Then he knew his character was sweet and on a perpetual sugar rush. A foil character, Jellyfish, was more cautious, and then this pair inspired a whole lot of story ideas.

When do you know what your characters look like?

Debbi: She can't draw, but when she got the sketches of Jasmine from illustrator Elizabet Vukovic, she cried. She loved her (even though she had a better wardrobe than Debbi.

Ben: All of his characters start in his sketchbook. With his potato creature, in 2011 he started drawing a little dirt clod creature that would eat all of the cute things in his sketchbook. They wouldn't go away. He didn't know why he felt a need to draw vicious potatoes, but he kept doing it. "If they won't go away, there must be a story there." He made a few alterations in how they looked, and their characters emerged.

How do you get in your character's head?

Debbie: She journals as her character. She thinks about them all the time. Almost none of that goes into the story, but it helps her with her stories. Also, every draft, she gets deeper and deeper into character. She has to write several drafts to get into the character.

Ben: Even if you're not an illustrator, you can sketch your character. Make a visual map of their lives. It can be a good exercise to help you get to know your characters. 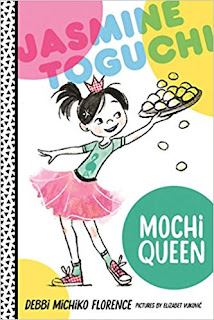 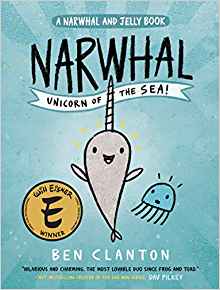 Posted by Martha Brockenbrough at 5:01 PM