Neal Shusterman: Making Meaning: The writer's struggle to find order in the chaos, and stories worth telling 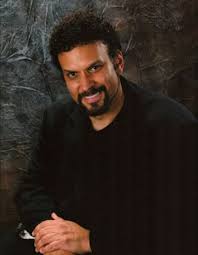 Neal Shusterman is the New York Times best-selling author of the National Book Award-winning CHALLENGER DEEP, which was a Cooperative Children's Book center choice, a YALSA Popular Paperbacks for Young Adults pick, and on twelve state lists; THE SCHWA WAS HERE; and the Unwind dystology, among many other books.

The first story Neal ever remembers writing was in third grade, a Halloween story that he received a D- on.

When he was 14, JAWS came out. He wanted to be Steven Spielberg with Peter Benchley. Books that were influential to him as a kid: The Lord of the Rings, Lord of the Flies, The Shining. Neal wrote a book in high school that his teacher sent to a contest. He didn't win, but his teacher saw enough potential to send it in.

After graduating high school is when Neal really got into telling stories. As a camp counselor he was able to tell stories to quiet kids at night. First he started with movies he'd seen, but then he made up his own. When he went to college that year, he wrote the story that was popular with the kids that summer. He even sent it out to publishes (at 19). Every single publisher  rejected it. Neal says for good reason. It was awful.

The next summer he had another story the campers loved. Neal did the same thing when returning back to college. He wrote the story and this one got him an agent. Unfortunately, his agent couldn't sell it. The story was not ready.

Ten years later he looked at the story again and knew what he needed to do. The same story, but all new words. This one was published. 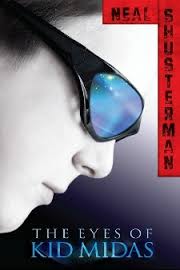 His next book also received many rejection. Neal put it away and came back to it many years later and was able to rework it. It too sold. 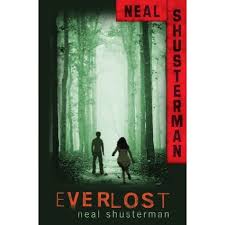 When writing you have to do what works for you. 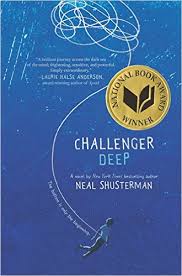 There's no such thing as writers block. Writers block is writing. A lot of times writing is like banging your head against the wall. If you call it writers block, it gives you permission to walk away. You have to work your way through it. It's part of the process.

Don't get stuck on just one book.

Be sure to get feedback from people who will be honest with you, especially other writers.

"Your work is never good enough, no matter how much you've been published." What's great as a writer is that you're always growing. Let yourself grow. On your next book, always asks what you can do better.

Why do we write? It's all about the reader. Deep down we all have something to say.