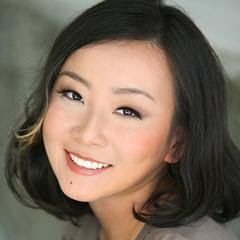 Marie Lu is author of the Legends and the Young Elites trilogies.

Her books have "interesting, complex plots that never settle for easy answers," Lin said as she introduced Marie, an extraordinarily successful writer.

SCBWI was one of the first conferences Marie ever heard about as an aspiring writer. LEGENDS is set in a futuristic LA and it's about a boy who's the most wanted criminal and a girl who's the most gifted hunter of criminals.

"I'm a very happy person. My books do not reflect this," she joked.

Marie always liked writing, but didn't know you could do it for a living. She was born in Beijing, and was five years old during the Tiananmen Square massacre. Her family came to the states and settled in New Orleans. The family knew no English. Her mom wanted to go out and see what typical American families do. So they set out—and it was Mardi Gras.

"I have this memory of standing there in this crazy street where people were throwing beads at you for no reason." She didn't know what had just happened—"but I liked it."

She started writing to learn English. In kindergarten, she had to look up five English words every day and put them into sentences. "I eventually realized I liked the practice of putting words into stories."

She became a voracious reader. She loved Brian Jacques's Redwall Series, Harry Potter, and Tolkien. She had a writing desk in her room, and she made the space where the chair went into a library, which she enclosed with a curtain and illuminated with a flashlight.

She also loved to draw and would put a paper up to the screen a trace a frame of a Disney movie. "I eventually figured out how to draw on my own." Her childhood was drawing and reading and playing games. "I loved every second of it."

She wrote her first novel at 14, and she thought it was "amazing." It involved a chosen one on the quest with dwarves and elves "for a shiny thing." She submitted to 100 agents, but didn't get any bites.

She used to set her alarm clock during high school for 2 AM, and she'd write two hours a night. Her second manuscript, written when she was 16 or 17, was "a little bit less bad." It got her an agent, but many more rejections. She would draw and write in her spare time, and before her school work, but her parents worried she wouldn't be able to support herself. So she studied political science in college. She kept submitting books and kept getting rejections, and parted ways with her agent.

She applied for a Disney internship. Her parents: "Our basement is here for you. You go and do what you need to do to make yourself happy." She got the gig and worked there for two years. "It was absolutely a life-changing experience. This was the first time in my life I had been surrounded by fellow creative people."

"Once I started working in video games, I started writing again." She got a new agent, Kristin Nelson, and her fourth novel went out on submissions. She got a lot of rejections. By the time her fifth novel, LEGEND sold, she'd been rejected 500 times. "Rejection eventually becomes a piece of paper. Put it on the pile. We'll build a fort out of it."

Because rejection didn't bother her as much, she could concentrate and write LEGEND.

"Every writer succeeds at their own pace. It took me 12 years and four unpublished manuscripts... There are no guarantees in this business."

"Be brave and listen," she told us. "None of us know everything. None of us is always right. We can always learn more." She feels she made mistakes with the relationship of a couple in LEGEND. She didn't know at the time, and she learned to see her failure there because she listened. "No one enjoys being called out," she said. But our intentions don't matter if they don't come across on the page.

"We are all in this together. The journey to publication is not always fair. It takes all of us to lift up those voices that struggle to be heard."

Follow Marie on Twitter.
Start reading THE YOUNG ELITES
Marie Lu on Tumblr
Posted by Martha Brockenbrough at 10:37 AM