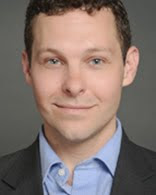 Brooks Sherman is an agent at the Bent Agency. He took a more roundabout path to publishing. He studied theater, went to work for a talent agency, and then joined the Peace Corps after being a Hollywood agent.

There are nine agents at his agency, and he represents authors and illustrators picture books, and middle grade, and YA (and would love to do adult books as well). He remains a theater geek, and the new Netflix show "Stranger Things" is the sort of thing that lights him up and reminds him of his childhood.

"I have the arrogance of assuming that if I love something, other people are going to love it too." He does make a distinction between loving a project and recognizing its excellence—and realizing it's not for him. For example, he was completely unimpressed with Twilight when it came out, and everyone was walking about it. "It was a nice ego check. Just because I don't like something doesn't mean it doesn't have cultural relevance."

If he does get something and loves it, he has to try selling it.

The first thing he looks for is voice. It's not just about liking the story, it's about liking how the story is told, because he's going to spend a lot of time with those characters.

He wants to represent careers, and likes to know what other ideas potential clients have in mind. He also wants to make sure potential clients agree with his notes and can have a conversation about these things. Shared vision is important. "I don't want to impose my own [vision] over it."

In a query, Brooks likes to get a sense of you, your idea, your professional demeanor, and your writing chops. "Based on those things, I'm going to look at your pages and see if I connect to the voice."

The marketplace is crowded and competitive, so he is editorial with his clients. "A project has to be that close to perfect before an editor is going to get the go-ahead from the rest of their team to acquire it." He also loves that blend of creative professional.

That agents are more editorial doesn't mean you should send work you haven't made as good as you can get it. "At every step in the way, you think it's perfect, and the next person in the process takes it that much further."

Posted by Martha Brockenbrough at 10:16 AM