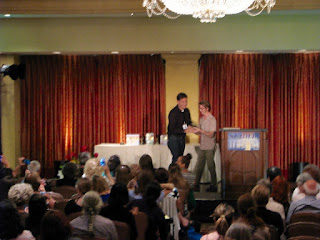 He spoke about working as an illustrator for twenty-plus years without having any idea about the world of children’s books—this “huge and wonderful community of writers and illustrators.”

John recalled how art called him since early childhood, drawing pictures in his bedroom for hours at a time. It was a calling that got stronger as he grew, a calling that led him to a career in illustration.

He spoke energetically about the story of "Marvelous Cornelius," leading the audience in an interactive call and response: “Whooo-whooo-whooo! Rat-a-tat-tat! 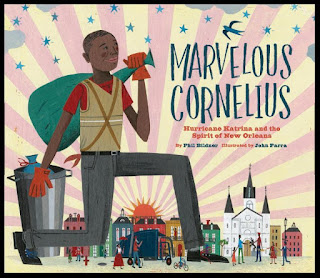