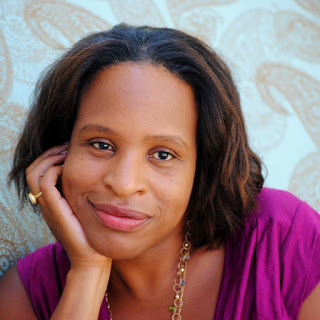 Nicola Yoon grew up in Jamaica (the island) and Brooklyn (part of Long Island). She currently resides in Los Angeles with her husband and their daughter, both of whom she loves beyond all reason. Her first novel, Everything, Everything, will be published by Random House\Delacorte Press on September 1, 2015. Follow her on Twitter @nicolayoon. 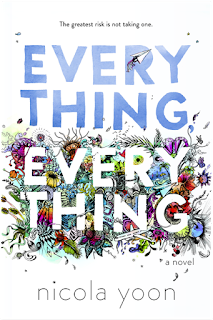 Here's the synopsis of Nicola's book:

Madeline Whittier is allergic to the outside world. So allergic, in fact, that she has never left the house in all of her seventeen years. She is content enough—until a boy with eyes the color of the Atlantic Ocean moves in next door. Their complicated romance begins over IM and grows through a wunderkammer of vignettes, illustrations, charts, and more.


"The job of a writer is to tell the truth. To see people as they are."


Miranda asks Nicola about having a character with a serious disease, and at the same time being of mixed heritage.

"The story is about her, she's not the sidekick."

A book about the diversity (like coming out stories) can be "incredibly important."

And, Nicola says, "a non-issue book is just as important."

"If Harry Potter were black, that would be awesome. Or if he were gay."


Nicola speaks of what happens when you have only one of a category of people.

"No one represents everyone."