Deborah Wiles: Structuring Your Novel: Providing a Scaffold for Your Plot 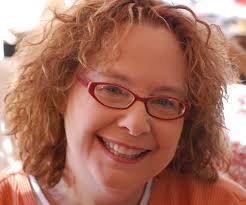 Deborah Wiles is the award-winning writer of picture books to young adult novels, including REVOLUTION, this year's Crystal Kite award for fiction.


Story is about connections.
·
There are many ways of telling. Traditionally novels were entirely told in words. This is changing.

We now have different readers and different writers.

Dialogue can be a source of structure.

Look at other books that play with structure:
BAT 6
WHIRLIGIG
LOCOMATION
SNOWFLAKE BENTLEY
THE INVENTION OF HUGO CABARET

Learn from these different structures.

Who would have ever know that what you were reading when you were ten, and how you read it could end up in your work later.

How do you read?

personal narrative. When you are stuck, start here: 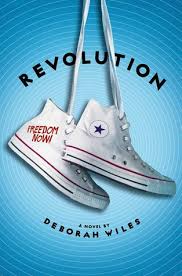 Deborah shares about her own life, and the structure for REVOLUTION.

Outside structure: when the president tells the country to prepare for  World War III.

Inside structure: Deborah, after going downstairs to see the canned goods, etc. felt scared, knowing, for the first time, her parents might not be able to take care of her.

We all have a rich treasure trove of both internal and external experiences with which to tell stories.

The story is paramount. It’s a living, breathing thing that works and becomes as you create it. Trust what emerges.