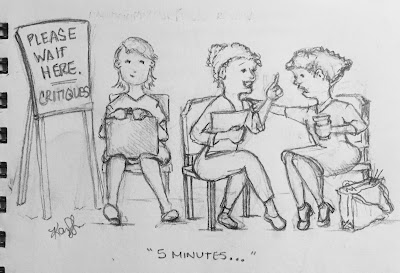 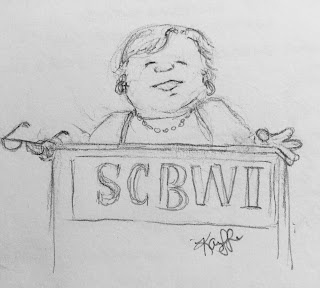 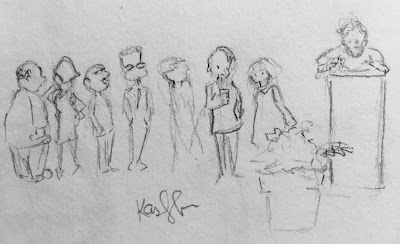 Kary wrote this about herself:

I wrote and illustrated my first book the summer before third grade; a pollywog pond action-adventure, with a little fantasy twist. My career began as an art director in Dallas, but something was missing. I found my way back to books through my kids. I attended my first SCBWI Conference in 2003 and realized I had ‘found my people.’ - even won a portfolio award! (who knew?) Five books and several years later I’m still at it. Two years ago I became the Illustrator Coordinator for my Northwest Region of SCBWI which has become the icing on the cake.

Growing up in Southern California in an artistic family, expression and storytelling were second nature. Instead of coloring books I was given a pad of newsprint and a huge basket of crayons. Summers were spent barefoot in a perpetual bathingsuit and lasted for about five years. On sunny days I would mix powdered tempera paints with the garden hose and use the sliding glass door as my canvas. On rainy days we would read. Laura Ingalls was my invisible friend. Raggedy Ann & Andy were my first character inspirations. Our little pollywog pond was my Narnia. And then there was Judy Blume, easing me through the tweens.

By nature, I am a story teller. It makes the rest of my world fall into place. And, I'm famous in the eyes of the local 5 year olds. Some years ago my daughters play group was discussing what their parents did for a living. “Well,” my daughter stated, “my mommy colors for a living.” Silence fell over the room. I’m totally cool! 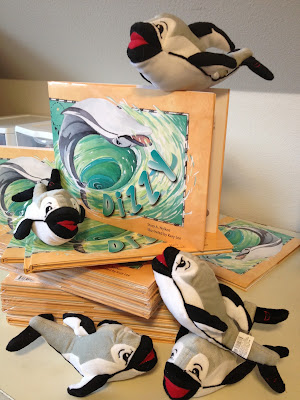 You can find out more about Kary and see more of her work at www.karyleeillustration.com
Posted by Lee Wind, M.Ed. at 6:16 PM