Tim Travaglini and Abbi Glines: The Future of Authorship

One sign you haven't been trying to break into publishing long enough is if you haven't seen Tim Travaglini kiss his biceps and tell you his roller derby name is Harm's Way. Tim is a veteran of our industry in all capacities—editor, bookseller, marketer, soldier, tailor. He's currently the director of children's acquisitions for Open Road Integrated Media and continues to enjoy bow ties. He says what Open Road is doing is not necessarily a new model, they're preserving legacies and reviving backlists; picking up books from iconic authors whose earlier works may be out of print and whose rights may be available. Open Road is partnered with many children's publishers to produce digital versions of their backlists. There is some original children's publishing happening at Open Road, Tim says, but by and large those original titles are continuations of series that have gone out of print before ever getting to finish. 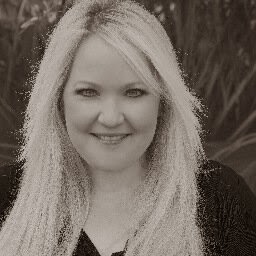 Abbi Glines joins us as a traditionally published and self-published author out of Alabama, and though I have never seen her kiss her biceps, according to her Twitterfeed she is a fellow big fan of New York and just got to see The Phantom of the Opera.

In 2009 Abbi decided she wanted to write a book, and when she shopped it around, she was turned down a whopping 55 times. She kept all of those rejection letters, including one from her current agent, "But I would have turned me down, too, I wasn't prepared."

Abbi kept writing and in 2011 self-published. Her marketing efforts included getting on social media and it's there that she started "building a tribe." By sharing excerpts of her books on her web page, and videos on Youtube her social media presence grew organically (and today she has over 38,000 followers on Twitter). Five books later she was on major bestseller lists and was being contacted by literary agents. Even after getting some of her books picked up by traditional publishers, Abbi continued to self-publish, but says now she's going the traditional route because of more opportunities.

Lin: Abbi, you mentioned your first fiction was not good...
Abbi: BAD, it was bad. My first book was edited, but not well. Just because you can buy an editor online to edit your self-published work doesn't mean they're a good editor.

Tammara Webber contacted Abbi to tell her how much she liked Abbi's first book's story, but that it was the worst editing she'd ever seen and Tammara wanted to help. She and Abbi have been friends ever since.

Lin: What are your thoughts about digital book sales and reaching audiences that aren't freely online (8-year-olds vs. teens who have nearly constant and unlimited online access)?

Tim: "The older you go up in age range, things that don't require art, the more success a digital book has... The bottleneck for other categories and genres is the devices themselves. The biggest you can get an image is whatever the limit is on the device..." Illustrations still aren't looking good on many devices, Tim says the iPad is an exception.

Romance does well digitally because their readers are voracious, you see those books at supermarkets, those titles can sell at a mass market level and those readers'll buy everything everywhere they can.
Tim's advice for other genres and categories: "Depending on the animal, you have to be aggressive with figuring out who your niche market is and then go and preach to them."

Lin asks Abbi why she embraced traditional publishing even though by doing so she went from keeping 100% of her books' profits to only 10%.

Abbi: It was definitely a pay cut to go from self to traditional publishing, I did it for exposure, to be on a shelf in bookstores, a Walmart, or a Target. It is helpful to have a publisher's support behind you, making sure you get your work well edited and designed and seen.