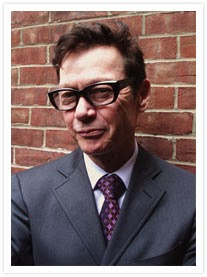 Jack Gantos is the kind of guy who can even make a list sound funny.

This list, however, is only funny because of what it's missing: a Caldecott.

Check it out:
There are more, but you get the picture.

This literary legend talked to us about how he shapes characters and stories, cracking us up with tales and pictures of his childhood (including the time he thought he shot himself in the face).

An incredibly disciplined writer, Jack relies on a secret ingredient: "The rule of my life is that I always have to live next to great libraries, because I write ALL of my books in libraries."

In these libraries, where he spends 200 days a year, he works for eight hours a day writing and revising. Every book he writes has at least 100 drafts. (Yowser!)

He gave us great and hilarious advice about his approach to his work. If you want to start with a great book, great characters make all the difference in the world, he said. "The character will carry a weak plot, but a weak plot won't carry a lousy character."

Jack talked about several characters he loves: Max from WHERE THE WILD THINGS ARE, Miss Viola Swamp, Kevin Henkes' Lily.

As he ponders character when he's working, he does his best to organize the thoughts that come rather than control them.

"I don't know about you, but the way I think is very random. Thoughts bombard me from all angles," he said. "If you wait all day for the perfect thought to come into your mind, you will not get it."

For picture books, Jack draws a 16-box grid. The beginning ones contain character ideas. The middle, problem. The end is resolution. He uses 16 post-it notes.

"If you say a character feels something in a book, that feeling has to transfer into the reader."

He also insists on two endings for each picture book, one that resolves the plot and one that satisfies emotionally.

We have to see the content of the story, but also how it's arranged--the structure. To demonstrate this, he told us the story of his childhood watch: why he wanted it, how he got it, and what happened to it.

SPOILER ALERT: It ended tragically, in a shower of broken glass and cogs.

Picture books and novels have the same structure. They start with character, setting, and problem. They move into action and plot, hitting a crisis. Then there is a resolution--a physical ending, which can be pushed farther into the emotional ending.

"That's really the prize of the work right there," he said of emotional endings.

He focuses on one element at a time.

First, he polishes the sentences to make a perfectly seamless vision. Then he lays in the emotions of the characters. Then he works on the theme, connecting the dots of what is the story about.

"I don't change the theme midstream. Everything should reflect on that theme."

Then he focuses on dialogue. Nothing builds a character faster, he says.

After that, he removes the words that don't matter. Like "like," about which he says, "Oh, my gawd, is there some other word?"

On the power of books

Posted by Martha Brockenbrough at 7:02 AM