Joan Bertin: Banning Books: Where Do We Stand? 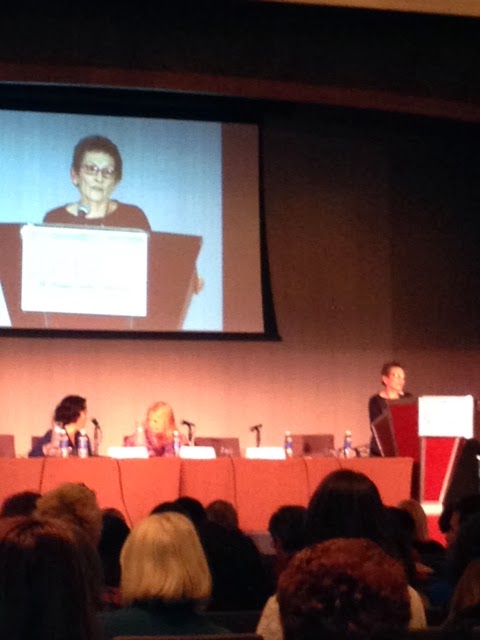 Joan Bertin is the executive director of the National Coalition against Censorship. One of the organizations founding members is Judy Blume.

Now in it's 40th year, in partnership with of over 50 organizations, the National Coalition against Censorship works to defend intellectual freedoms. They have a good success rate, about 80%, when they get involved with a book challenge before the book is removed from the shelf. It's more challenging if it has already been removed.

Young adult books are the most widely challenged.

Joan turns to Ellen Hopkins (sitting on the panel): "Thank you, Ellen, for always producing work for us to defend."

Most challenges fail when there is resistance.

There are particular sites which review and rate books (and other media) in subjective ways. A great story can be lost when those go through only trying to flag the number of time profanity is used. These reviews send a message to parents to be fearful.

Joan says that we can't stop these sites, but it's concerning when school districts use the reviews/ratings as criteria for what is used in their schools.

If you want to protect intellectual freedoms, report challenges early. Alert your publisher and encourage them to issue their own statement. It can be very important. As writers, write stuff and stand up for other writers under attack, and stand up for kids who deserve to explore literature. Get involved with the school board, or even run for the school board. Often those who want to ban books are the ones who run for the school board, not those who support intellectual freedom.
Posted by Cuppa Jolie at 2:04 PM