Paul Aiken: The Future of Authorship 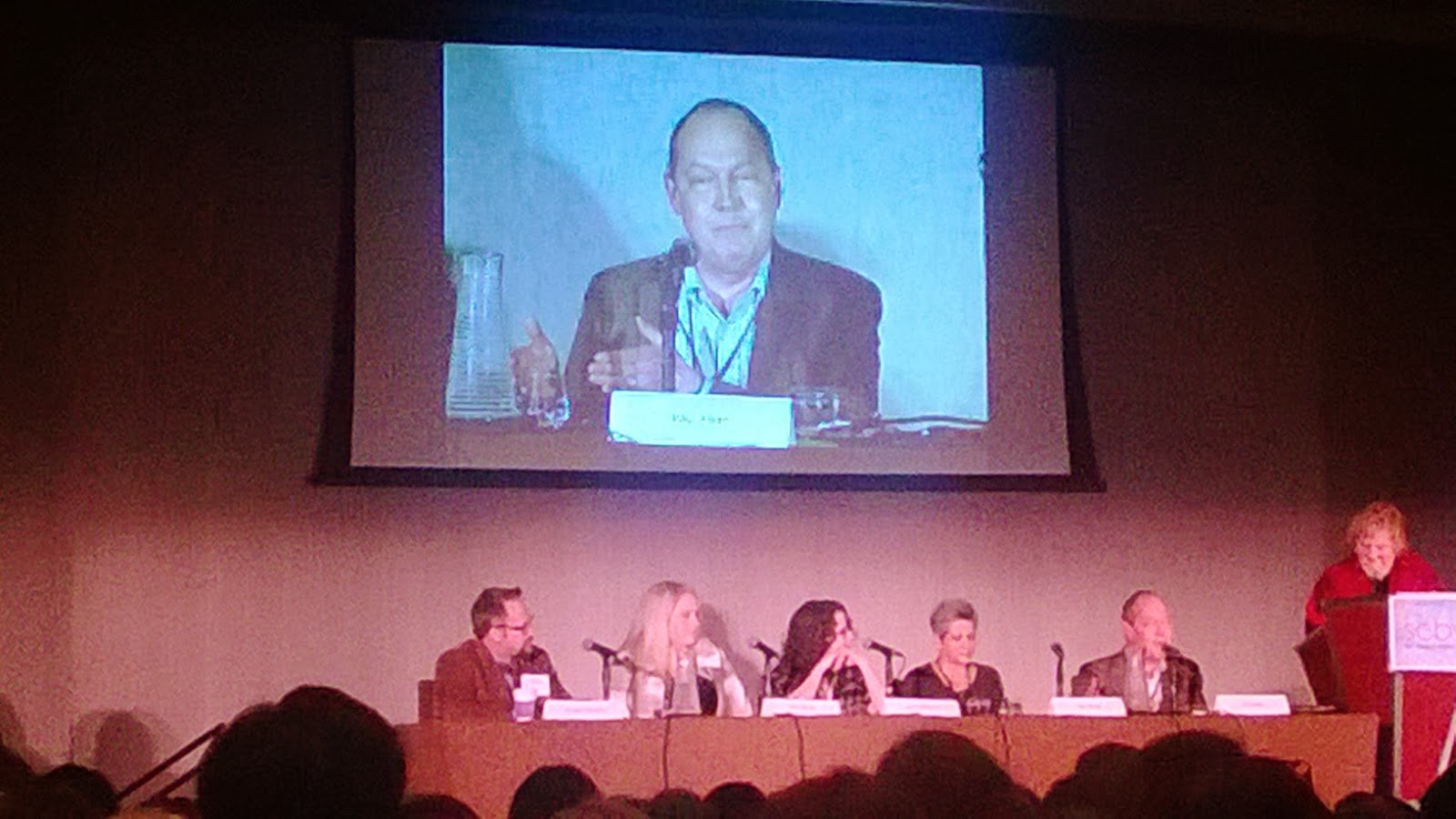 Paul Aiken, above, is the executive director of the Author's Guild, which advocates for the rights of writers in many ways.

He was part of a panel that spoke about the future of authorship.

One thing that's important to remember in this rapidly changing era: Even in so-called golden ages, artists have struggled, he said. "There's a tendency to romanticize the past... What's really changed in the last 10 years is the amount of retail shelf space that's available for books."

That shelf space has declined by 60 to 70 percent. This is particularly challenging with picture books, which need to be picked up and held, he said.

Success is still a mix of "challenge, moxie, and luck." And we all have to be able to adapt, he said.

Paul had lots of advice and insight for self-publishers. First, the guild represents self published members as well as traditionally published ones. For an associate membership, you have to have earned $500 a year from your writing. Full membership requires you to earn $5,000 a year.  How you earn it as an author doesn't matter.

"We don't care if publishers have taken a cut of your money," he said. "It's fine if you take all of it yourself."

What's more, any stigma on self publishing has disappeared or is rapidly disappearing. In general, though, genre publishing is doing better. Romance is working well for the self-published, picture books less so.

But you have to be careful. Scam artists have always been there. "If you see anything called a 'platinum plan,' get the hell away from it,"  he said. "There is a cottage industry set to prey on you."

"There is no cookie-cutter approach that's going to make you a bestselling author," he added. "Look for proof that somebody who's going to help you do whatever has succeeded at it."

There are people who promise you videos, marketing plans, high-priced editing: Be sure to check their credentials. The Author's Guild gets complaints all the time (no so much from guild members as from others).

Posted by Martha Brockenbrough at 8:16 AM