Elizabeth Wein has been an SCBWI member since 1991. Her first five books for young adults are set in Arthurian Britain and sixth century Ethiopia, but she is best known for her recent World War II thrillers Code Name Verity and Rose Under Fire. Code Name Verity was showered with an array of accolades including the Edgar Award, Printz Award Honor Book, Boston Globe/Horn Book Award Honor Book, UK Literary Association Award, and SCBWI Golden Kite Honor Book. She and her family live in Scotland. You can find out more about Elizabeth at www.elizabethwein.com. 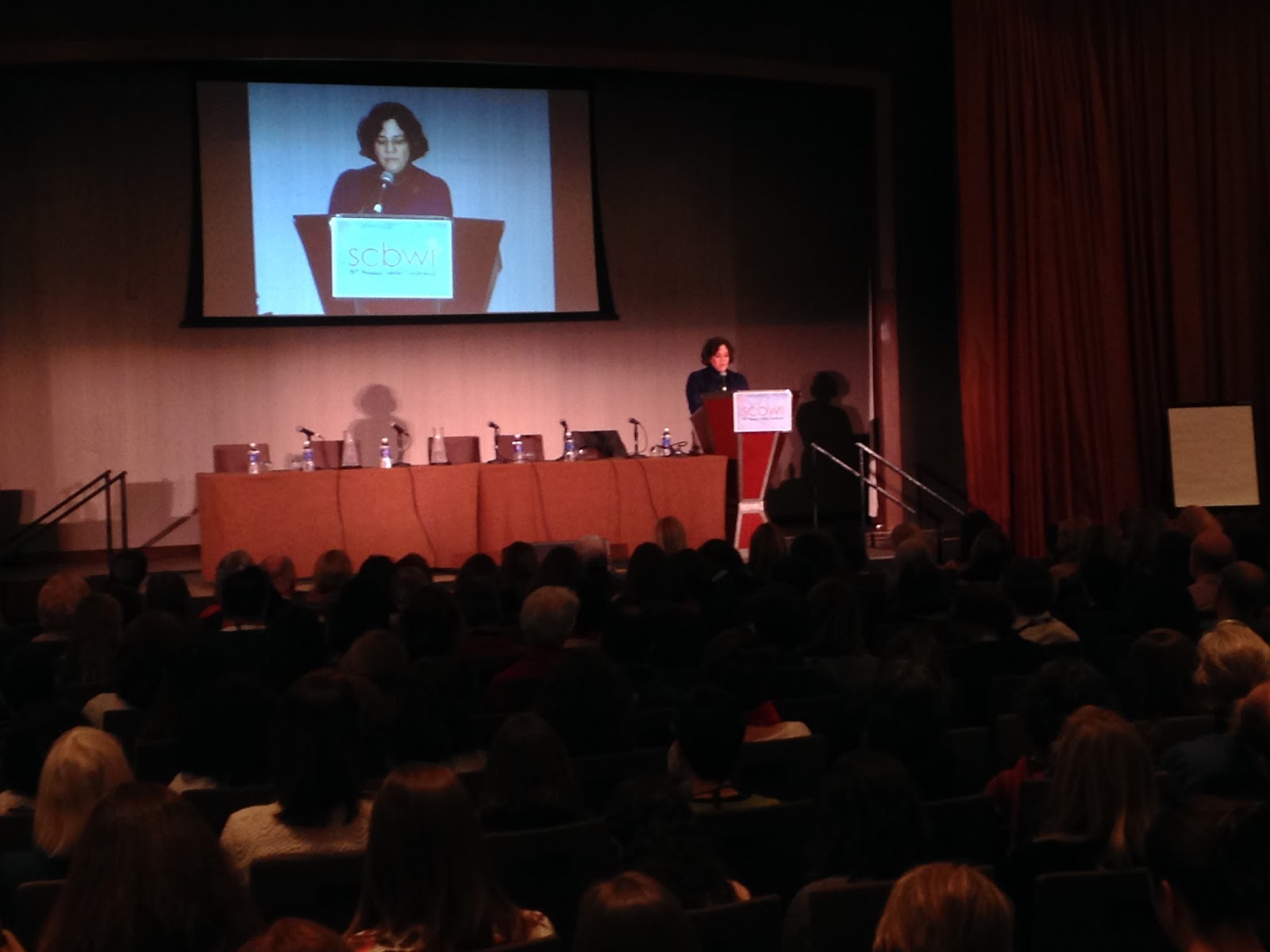 Elizabeth shares her story, from the last time she attended this conference being 12 years ago (when she had only one book out and a modest three book deal) to what she's learned since about the positive - and negative - aspects of success.

She speaks of tackling jealousy, self-consciousness about her own work, and the sense of wanting more recognition for years. Yet, when she looks back, she's "grateful it worked this way."

She now approaches her career with appreciation, and notes

"the tide comes and goes and comes back again."


She urges us to consider how important it is to maintain grace - in the face of adversity and success. (Things like not posting negative comments about anybody in any forum, not swearing in public, sending thank you notes etc…)

And then she speaks of how individual acts of professional courtesy have cumulative effects that are immeasurable. She lives this by shouting out to her writer friend Katherine Kirkpatrick, and even shares a poignant anecdote about Katherine's work - and challenges overcome - on her latest book, "Between Two Worlds."

Elizabeth continues to speak of responsibility being "something of a mantra" for her.

When asked about her message to young readers, she shares that running through everything she's written from The Winter Prince on the message is the same  - "Take responsibility for your own actions."

She reminds us that we, as writers, "are responsible for putting ideas into people's heads at the earliest of ages."

She tells us a great story about researching 6th century coins in the British museum just to get a sense of the time frame she was planning to write about, and how a discovery she made looking at a coin in the museum became a major theme in her Lion Hunters series.

And another about how she could have hired a fact checker, but then she wouldn't have discovered, when she was trying to figure out what the Special Operations Executive called the plastic explosives they used in sabotage operations in Occupied Europe, the detail that plastic explosives smell like marzipan.

She leaves us pondering moral ambiguity and the responsibility we need to take for our actions - and stories.