Arree is in with these images:

Arree loves storytelling and art. After working in management and consulting fields, Arree decided to pursue his love of art at Art Center College of Design.

Since graduating from Art Center, Arree has worked in the Entertainment Industry as a Concept Artist and Art Director. Arree's calling to make children's books began midway through his time at Art Center. In 2010, Arree won first place at the SCBWI Western Washington Portfolio show. Although this was a good start, it would be a few more years until Arree would get his opportunity to be published.

You can find out more about Arree at his website, http://arree.com/

Arree also shared these bonus illustrations from the Friday illustrator intensive, writing "The brilliant Tomie dePaola shares his knowledge of theatre and how it influences his illustration work.": 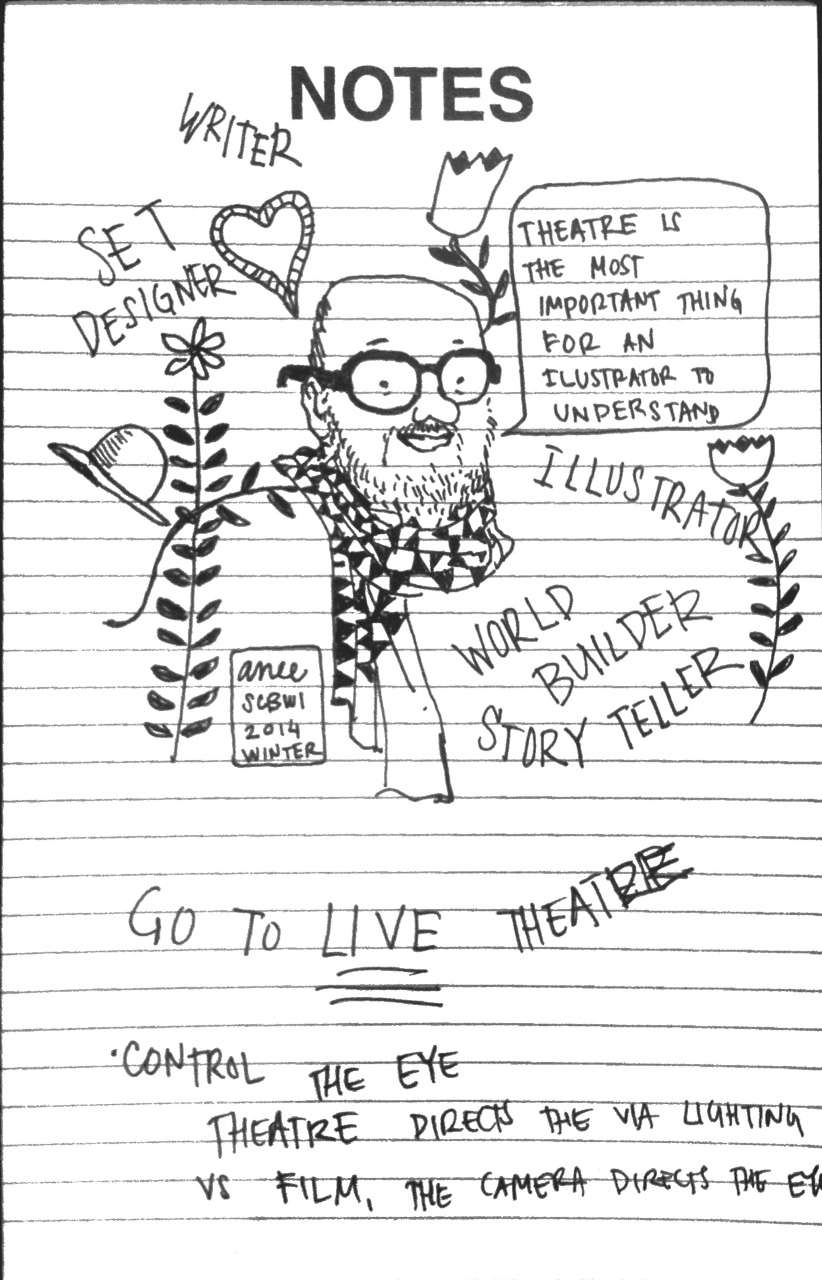 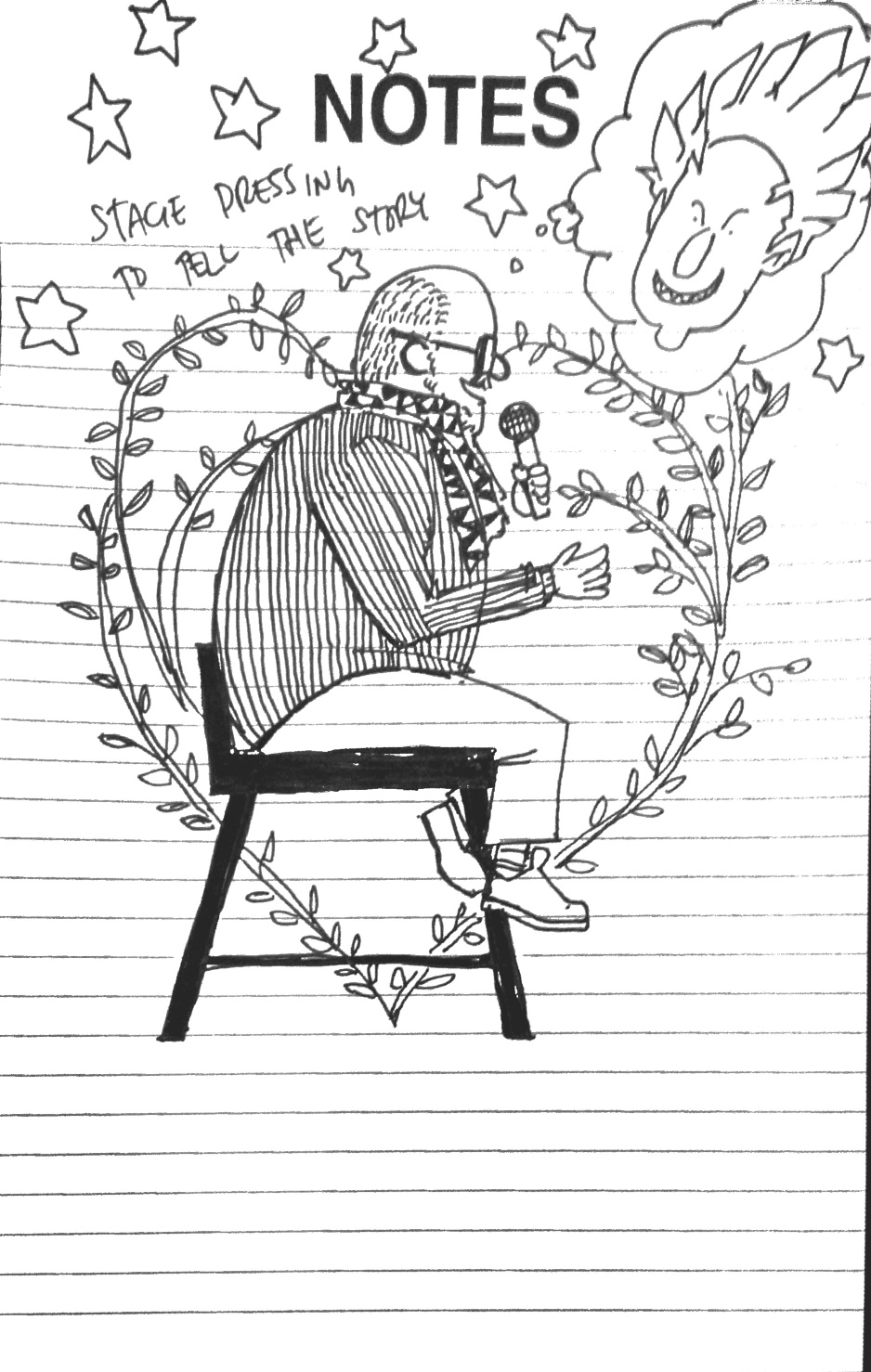