Stacy Whitman on Writing for a Diverse Audience 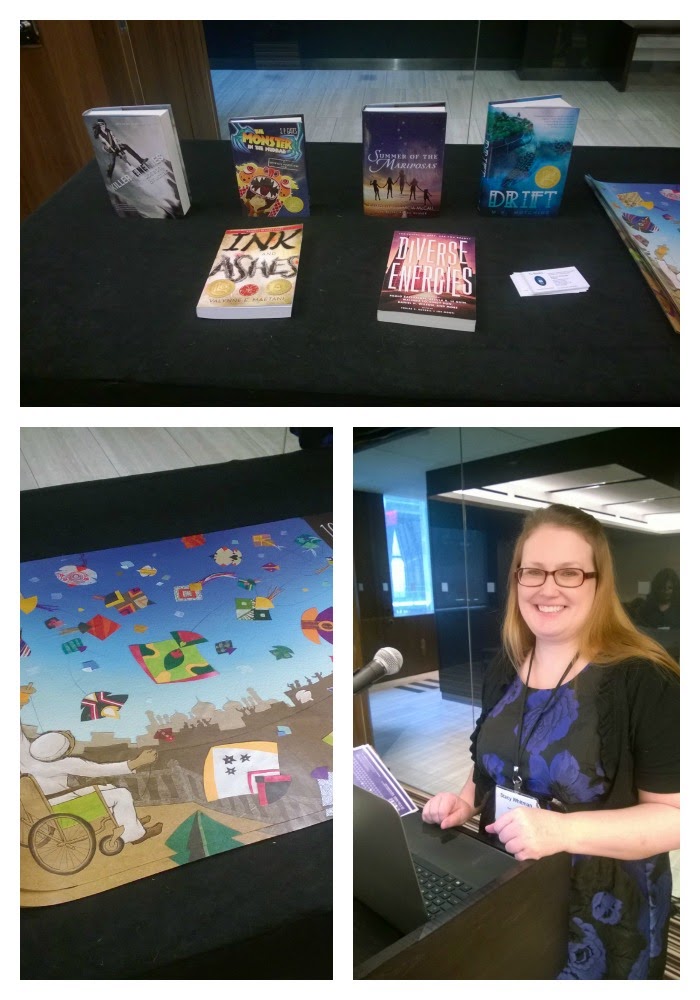 Stacy Whitman is a founder and publisher of Tu Books, an imprint of Lee & Low Books. They publish middle grade and YA novels that "spark your imagination, move your spirit, and keep you turning the pages."

She shared seven essential pieces of knowledge for writing for a diverse audience—which is the same thing as the audience, given that 51 percent of children living in the United States today are people of color.

"This doesn't mean you have to write diverse characters if you're not comfortable doing it," she said. "But the audience is there."

Stacy grew up on a farm "out in the middle of nowhere," and didn't have a lot of friends who didn't look like her, and she wanted to reassure people new to the discussion that it's OK not to know stuff.

"If you're new to this, do a lot of listening."

And know that the goal is to write characters who seem like real people, even if they live in a fantasy world. It's not about "saving" anyone who can save themselves.

A first piece of advice was to avoid "microaggressions" against people with less power. Microagressions are little cuts, not necessarily maliciously intended, that erode the self-esteem of your reader. Some examples:
Another pitfall is setting "white" as the default race, and only describing people's skin color and other characteristics if they aren't white. This trains readers to assume that white is the norm. Treat all characters equally, not some as "other."

She recommended some excellent resources for listening to and learning from the ongoing diversity discussion. A sampling:

Posted by Martha Brockenbrough at 12:32 PM