Keynote: Dancing Naked on the Floor - How to Say Yes to the Writerly Life 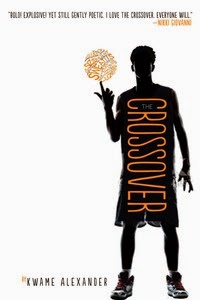 It's not every day that you get to listen to a closing keynote by the guy who JUST WON THE NEWBERY!

But that's how this 2015 conference came to a close, with a rousing talk by the one and only Kwame Alexander, author of 18 books including CROSSOVER, which the New York Times called "a beautifully measured novel"—and the Newbery committee agreed.

His talk started with a standing ovation from the excited crowd, and it's no wonder.

Kwame has contributed hugely to the world of children's literature. In addition to all of his beautiful books, he created the Book-in-a-Day literacy program that's generated more than 3,000 student authors at 69 schools across the US, Canada, and the Caribbean.

He started off with a story about how he courted his wife.

"I wrote her a poem a day for the first year." He even read us some of that poetry, which no doubt made more than one of us fall in love with him just a little bit. And he showed us what an incredible storyteller he is, talking about his family, about how he came to give this talk today, and even about the suit he stood onstage in.

When he was starting out, he took himself on a 30-city tour to sell a book of poetry (including in a church!), and found a job in a public school working that paid $25 an hour for working as a poet—but only for an hour a day.

In being a parent and in working with students, he realized he could write love poems for teenagers. 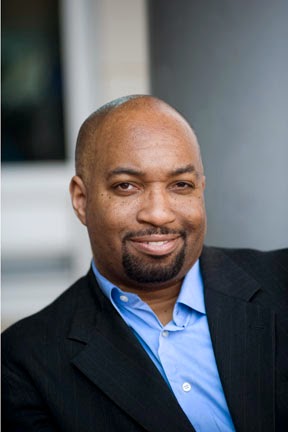 He wrote a book of funny, emotional, and sad poetry for kids, which he read all around the country including in a juvenile detention facility. No one wanted it, so he published it himself and got a starred review. He also sold 13,000 copies in the first year.

"This writing life is not just sitting in your room with a pencil and paper. It's about getting out in the world and having something to write about," he told us.

But you also have to sell it and bring it to the world. "It's not just about writing and being an artist. You have to master the business side of writing."


His Book in a Day program has turned into something incredible, traveling around the country and the world teaching kids to write poetry, and working with other writers at a fellowship he created after his application to one was turned down. This is part of his philosophy—not letting other people's "nos" define his yes.


It was an incredible talk: hilarious, heartfelt, and full of wisdom and truth. It's hard to think of a better way to end a conference—or turn the next page in our careers as writers and illustrators. And yes, we gave him a standing ovation at the end as well.

Posted by Martha Brockenbrough at 10:00 AM