Ben Rosenthal is a senior editor at Katherine Tegen Books, an imprint of HarperCollins Children’s Books. He acquires middle grade and YA fiction but also loves fresh and surprising nonfiction. At Harper, he has worked with such authors as Patrick Carman, Mindy McGinnis, and Jordana Frankel. Before arriving at KT Books in 2014, Ben spent seven years at Enslow Publishers, where he edited more than 150 nonfiction and middle grade fiction titles and created a teen fiction imprint, Scarlet Voyage. Raised in St. Paul, Minnesota, he now lives in New Jersey with his wife.


Ben shares a ton of material (and a great handout!)

The trend of Nonfiction moving away from big bulky books to smaller chunks, trade books that teachers and librarians will want to use, is a "tremendous opportunity."

He cautions us to not over-value information over narrative: Use back matter for essential information. Make bulk of it about the story. "Books that are not just facts and figures, but that tell a story."

To illustrate the power of re-constructing scenes and creating a compelling narrative, Ben reads us a few excerpts, including from

"The Nazi Hunters: How a Team of Spies and Survivors Captured the World's Most Notorious Nazi" by Neal Bascomb 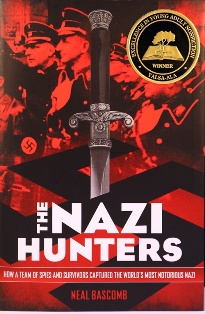 and "Bomb: The Race to Build - And Steal - The World's Most Dangerous Weapon" by Steve Sheinkin 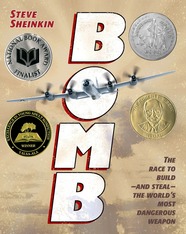 It's a talk packed with great information, opportunities he sees for NF writers, and even exercises as homework!

Here's one that popped:

Do at least one piece of real-world research for your nonfiction work. If you don't have a topic, consider beginning with real-world exploration of something that interests you."