Anthony Horowitz is the international bestselling author of over 40 books, including the thrilling Alex Rider series that has sold more than 19 million copies. 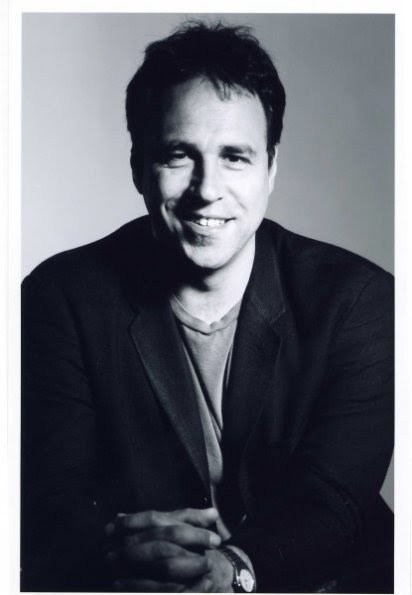 The multi-talented wonder writes for television, films, and the stage. For adults is writing a continuation of the Sherlock Holmes series, as well as new books featuring James Bond.

Anthony talked about his journey from would-be writer to bestseller. He read the first paragraph of the first children's book he ever wrote, about the world's worst (and richest) boy.  He grew up wealthy, the son of a businessman who ducked when he saw police. Some of his writing is autobiographical, and his parents and nanny make appearances in his stories.

He was bad at math, and "so bad at geography that when I was told to stand in the corner, I couldn't find it." His headmaster at school used to flog students with canes.

"I was scared. I was lonely. I discovered there was only one room in this school where I was happy and where I felt secure. And that room was the library."

He went into advertising after university. He had no intention of writing for children, and used to work during the day, go out for dinner with his future wife, and then write all night in his office.

His early books were relatively unknown in England. But he won prizes in France and was popular in Belgium. And then Harry Potter came out and turned J.K. Rowling into a billionaire.

"You can imagine my emotions when I witnessed this phenomenon." He asked himself why had her books succeeded to such an extent when his own had failed?

He knew he had to start his career again when Harry Potter succeeded where his similar books had not caught fire. He remembered the James Bond movies he'd seen in his childhood, especially the scene of Ursula Andress rising from the sea in that bikini. "That was the day my voice broke," he joked. 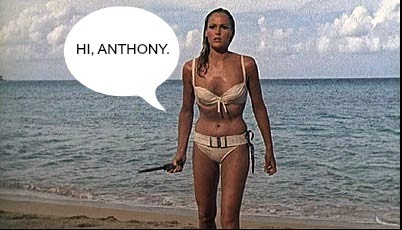 That's where the idea sparked. "Why can't James Bond be a teenager?"

The first line of his first Alex Rider book begins: "When the doorbell rings at three in the morning, it's never good news."

When he wrote that, "I knew I had cracked it. I knew I had unlocked something different."

One thing that set his Alex Rider books apart was that they were unaware they were children's books. What's more, it's become increasingly difficult for children to have adventure because of all the fear we have about their safety.

"For many reasons now, children only experience real adventure through literature."

This is why he packs his books with the sort of adventure kids crave, not shying away from violence (though some criticize this), and instead includes just enough to make the scenes make sense.

He gave us lots of advice. Some highlights:

Test our ideas. Talk about them. His best idea took 16 years to reach the page. We have to live with our books for a long time, so we have to love our ideas.

He also advised us to write with confidence and authority, and to remember that the first line of our books is the line a child will read in the store.

And he also urged us to write from a place of truth, not in the hopes we will make money. "Money will take you in the wrong way."

His speech earned a standing ovation from the crowd—not a bad way to kick off a conference!

Posted by Martha Brockenbrough at 6:11 AM